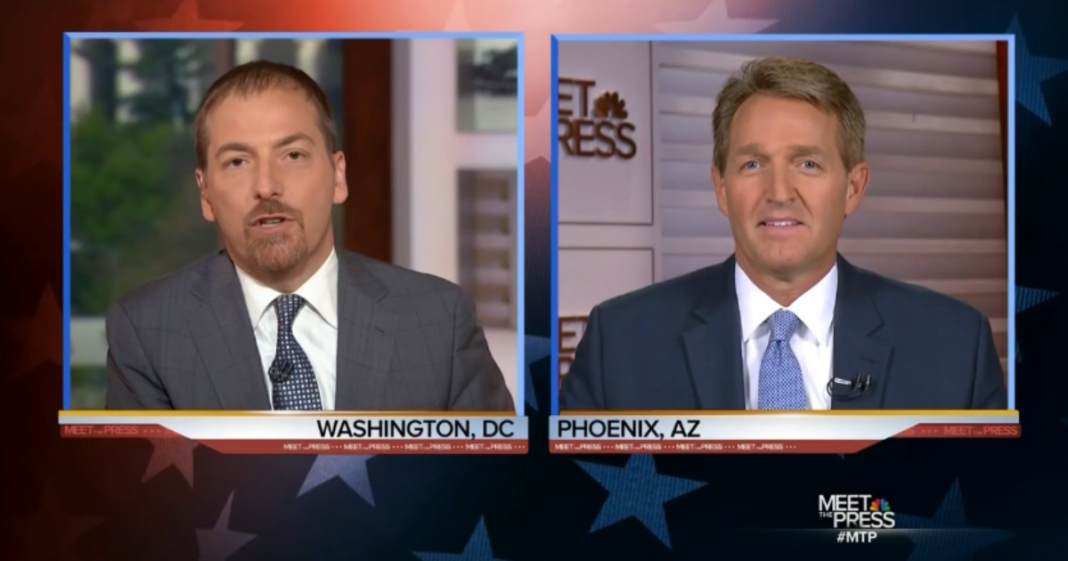 Since the death of Justice Antonin Scalia, Republican lawmakers have unilaterally refused to consider a nominee from president Obama, even when the nominee he put forth was a right-wing’s wet dream.

All along, Republicans have claimed that their refusal to review Garland’s nomination has nothing to do with the president or the nominee, but rather from a deep desire to allow the American people to have a say in the nominee by choosing the next president. Never mind the fact that the American people got a say when they nominated President Obama, not once but twice.

Finally, with the threat of a Trump presidency looming and the near certainty that a Democrat will once again be taking over the white house come 2017, some Republicans are reversing their opinions and considering confirming Garland before Clinton or Sanders can take office and choose someone much more liberal.

Arizona Senator Jeff Flake admitted as much during an interview on NBC‘s “Meet The Press,” saying that his only goal is to get a conservative in the Supreme Court, whatever it takes. Isn’t it nice when the zebras show you their stripes?