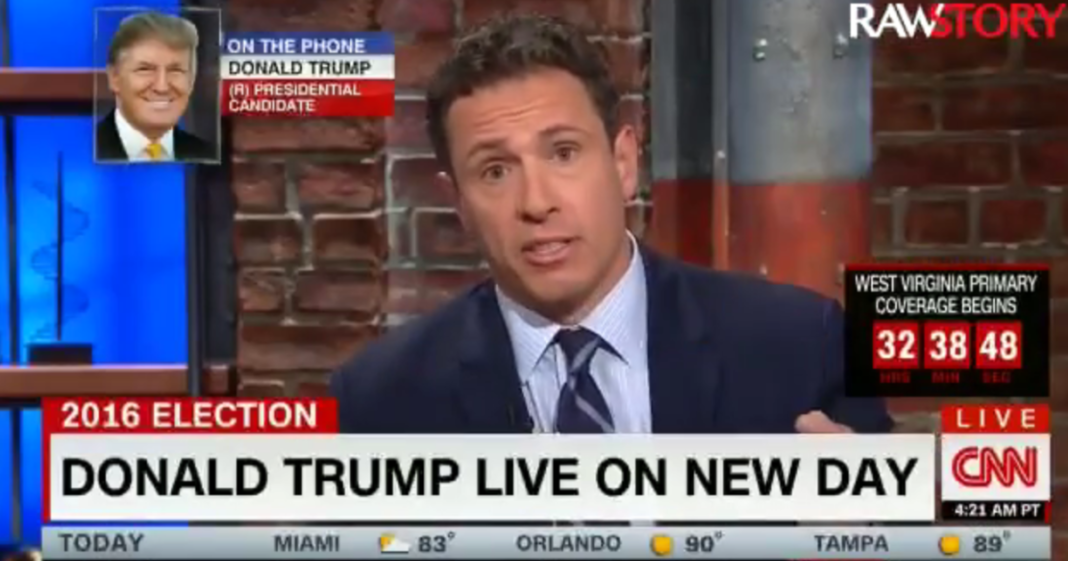 An interview with Donald Trump went horribly wrong on Monday morning as host Chris Cuomo tried to balance his shred of journalistic integrity with his need to stay on Trump’s good side.

The interview got off to a bad start when Trump got angry that Cuomo didn’t offer him congratulations on winning the Republican nomination. Because that is clearly what an interview is all about.

Cuomo was all set to question Trump about his tasteless attacks on Hillary Clinton’s personal life but Trump pushed forward as he always does, dodging questions and feigning offense at the smallest slight.

It’s clear by now that the reason Trump does interviews is not to let voters know more about his platform and ideas but rather to rail against the corporate media outlets who have all but devoted themselves to his every cause.

Corporate media has sold the last bit of their soul to Trump and he isn’t even appreciative.