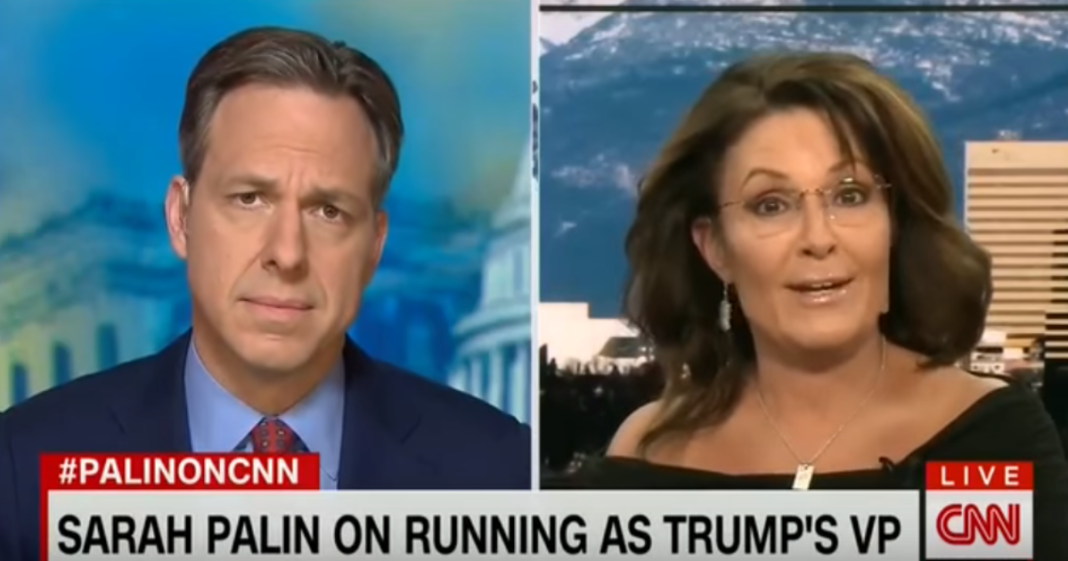 It was a relief to see that failed Governor Sarah Palin has at least a small grasp on reality during an interview with CNN’s Jake Tapper.

The former Alaskan Governor said that while she wants to help Trump’s campaign in any way she can, she is acutely aware of her level of infamy with the American people. Palin said that she felt she was fully vetted, but that her name on the ticket might be more of a burden than a help.

“I just want the guy to win, I want America to win. And I just don’t know if I’d be the person to help him win, Jake.”

Ah, there’s the familiar delusion returned. At least Palin knows how much the rest of America despises her. Glad we’ve made that clear.