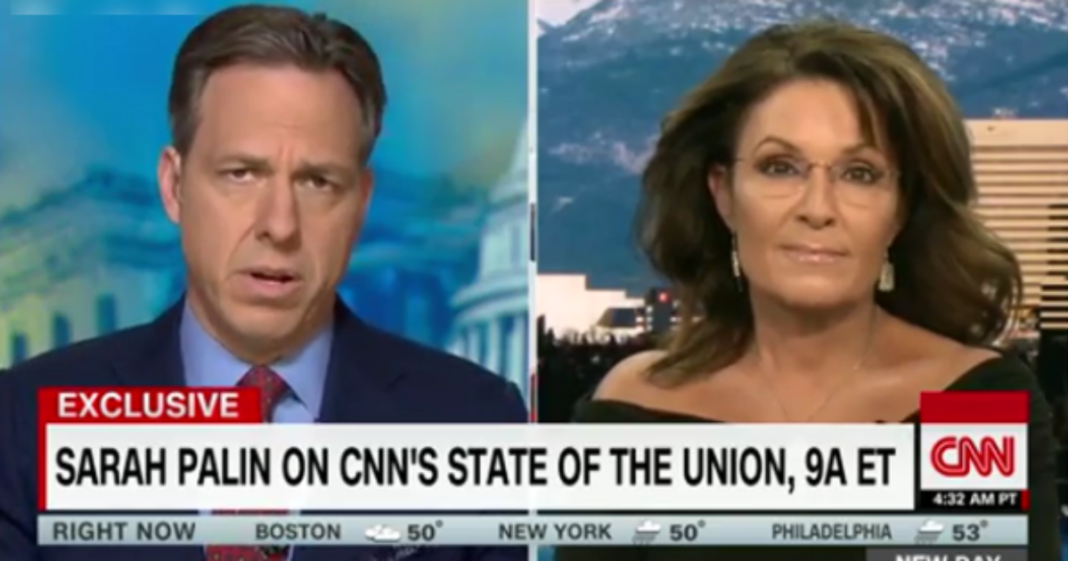 Looking like she was headed off to a cocktail party rather than a CNN interview, Sarah Palin appeared on the network for an interview with Jake Tapper who questioned the failed Governor about what she thought of Speaker of the house Paul Ryan refusing to endorse Donald Trump.

Palin said she believes Ryan’s refusal to back Trump comes from his own selfish desire to take the presidency in 2020, which couldn’t happen, according to Palin, if Trump were to win in this election. Palin appeared outraged that anyone would defy Herr Trump and said that she intended to take Ryan OUT.

Palin also said that she intends to back Ryan’s congressional opponent in Wisconsin.