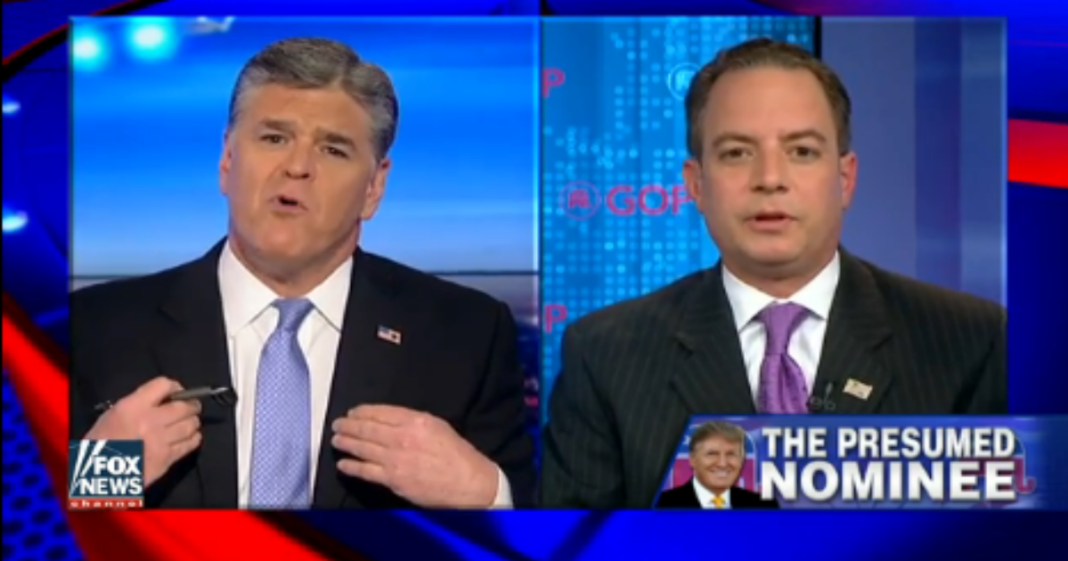 It was clear this week that if the Republican party had been having an indentity crisis during the 2016 election, the moment Cruz and Kasich dropped out was the hysterical climax. Republicans everywhere clutched their pearls and tried to decide if supporting Trump would bolster or end their political careers.

For some, supporting Trump was easy, while others couldn’t bring themselves to say the words. But whether they could back Trump or not, the reality is that he is their nominee. And being the devoted followers of the GOP that they are, Fox News was raring and ready to bow down to their new leader.

In this clip, we can see that any waffling and indecision has ended on the “Fair and Balanced” network as GOP stooge Sean Hannity loses his temper at the idea that Republicans might not support the Republican nominee.

In response to Paul Ryan’s comments that he “isn’t ready” to support Trump, Hannity suggests that maybe America is no longer ready to support Ryan as Speaker of the House. Y’know, the usual childish logic of conservative “news.”