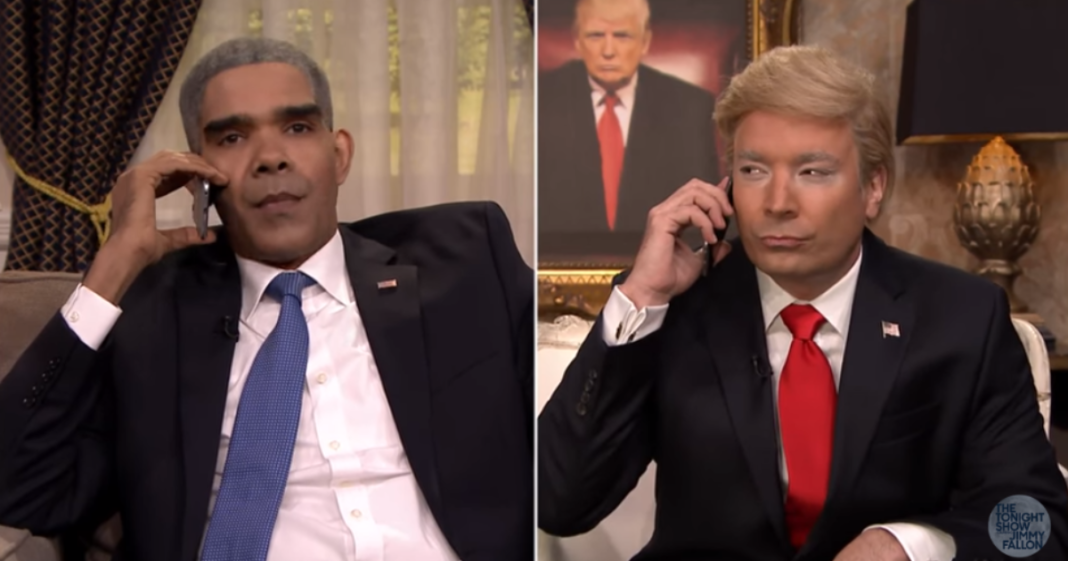 If there’s one ray of sunshine in the endless hurricane that is the Donald Trump nomination, it’s that Jimmy Fallon gets to keep doing his nearly flawless Trump impression.

Earlier this week, Fallon pulled out all the stops as Donald and it was absolutely hilarious.

“That’s right, bigly. And I’m gonna be the bestest, most fantasticest President ever. It’s gonna be yuuuuugical.”

Trump referenced the old birther nonsense while Obama brought up Beyonce’s smash hit “Lemonade” and even did a mic drop.