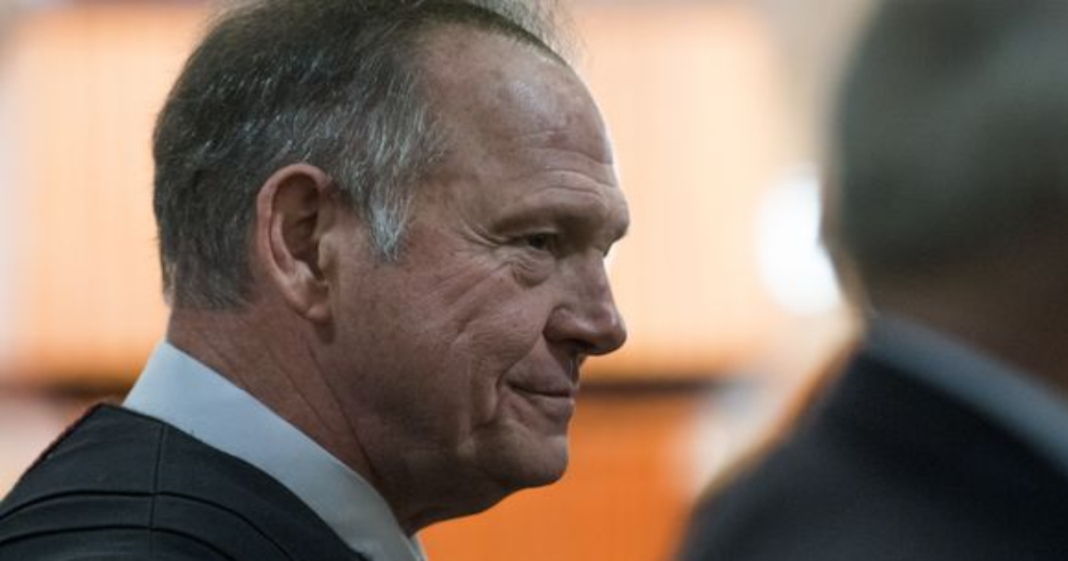 If stubborn-headed Republicans are good at one thing, it’s wasting taxpayer’s money by standing up for their own religious beliefs when it’s completely inappropriate. We all know Kim Davis as the most prominent example of this in recent memory, but Alabama chief justice Roy Moore is doing his best to make a name for himself as another person in need of a new job far away from government.

Moore has been suspended with pay from his position on the bench for refusing to uphold the Supreme Court’s ruling on marriage equality as well as the ruling in Mobile, Alabama, which echoed the court’s decision. Moore was instructing lower judges to ignore the ruling as well and refuse to issue marriage licenses to same-sex couples.

The Southern Poverty Law Center filed the complaint against Moore which caused his suspension. Unless a settlement is reached, Moore will have to be on the other side of the courtroom in a hearing to decide if he gets to keep his job or not.

Hopefully he won’t, as SPLC’s president Richard Cohen called the man, “such an egomaniac and such a religious zealot that he thinks he can ignore court orders with impunity. For the sake of our state, he should be kicked out of office.”