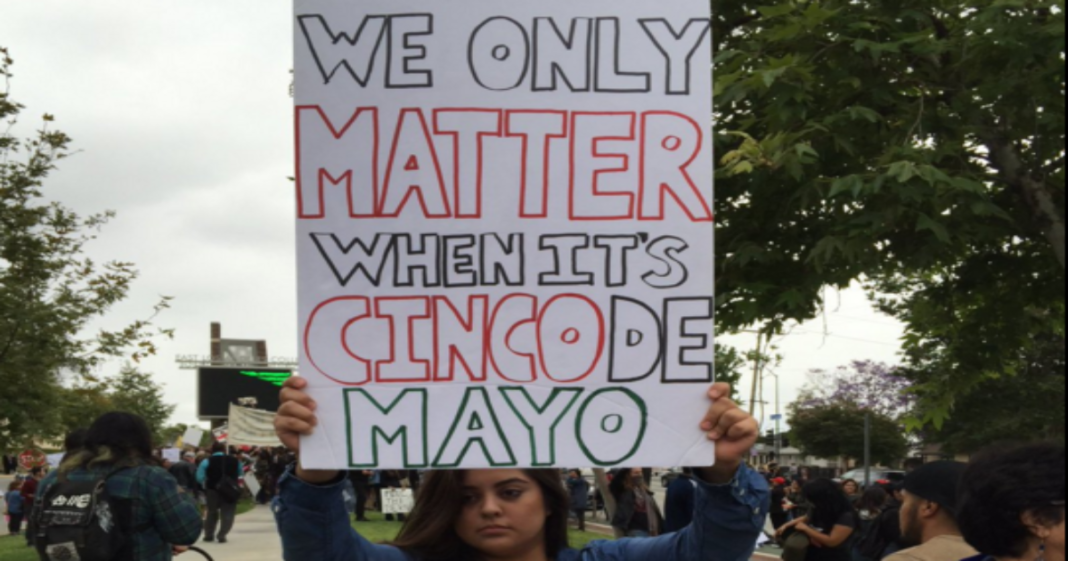 It is the sort of treatment you expect from a Donald Trump rally, but unfortunately this event of violence was on the other side of the aisle as a protester was roughly removed from a Clinton rally as he shouted “Black Lives Matter.”

During a Hillary Clinton rally on Cinco De Mayo, the Democratic front-runner faced quite a bit of opposition from the predominately Hispanic area of East Los Angeles as long lines of protesters attempted to make their voices heard.

While most protesters did not enter the event, many stood outside, shaming the leaving attendees and calling Clinton a liar. Many held posters, some which called Clinton out on her instances of “Hispandering.”

More than one protester had been removed from the event, but it was this particular incident caught on camera, which deserves the most scrutiny. Rather than being respectfully and carefully removed, the protester’s sign was snatched away and he was forcefully pulled away from the candidate.

Of course it must be noted that unlike Donald Trump, Clinton has made no comments about committing violence on protesters nor encouraged her supporters to “rough up” those who do not like Clinton. We would advise Clinton to apologize for the rough actions taken by her security and advise that they better handle those who oppose her in the future as a respectful candidate would do.

Another protester confronts Clinton on the rope line. Agents surround him and escort him out: pic.twitter.com/iPl6dPViEm