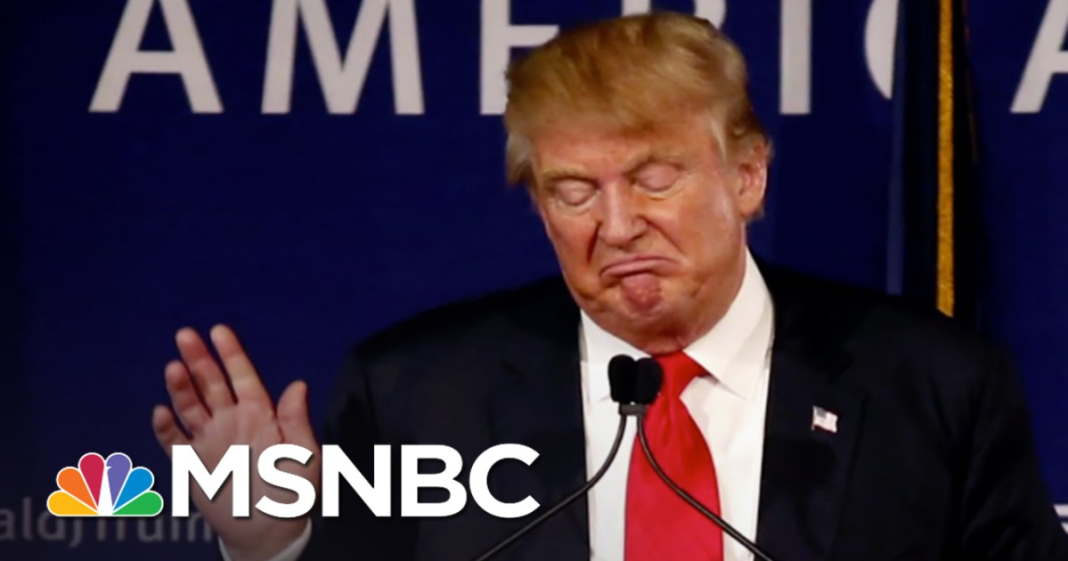 It may not seem like much, but it is becoming clear that that all is not well in the loving bed of Donald Trump and MSNBC as this week, the network began to turn against the candidate, inspiring the venomous tweeting from Trump to commence.

MSNBC has always been the network most generous to the Republican candidate, offering him as much air time as he could stomach as he appeared again and again on Morning Joe and other programs. Hosts Joe Scarborough and Mika Brzezinski have long maintained that their relationship with Trump was merely business, but it’s clear that they were close friends. In exchange for the free promotion, Trump gave the morning conservative show it’s highest ratings in history. What a pal!

That was until recently when the network began to turn against Trump now that he is the only Republican candidate. The final nail in the coffin came from Trump as he tweeted out this critical message on Friday afternoon:

I hear @JoeNBC of rapidly fading @Morning_Joe is pushing hard for a third party candidate to run. This will guarantee a Crooked Hillary win.

Shortly after, Scarborough responded to Trump by boasting about the ratings which Trump gave to them.

It’s unclear where this row will go – will Morning Joe dedicate themselves to taking down The Donald and join the #NeverTrump train, or will they reach a tenuous peace agreement à la Megyn Kelly?