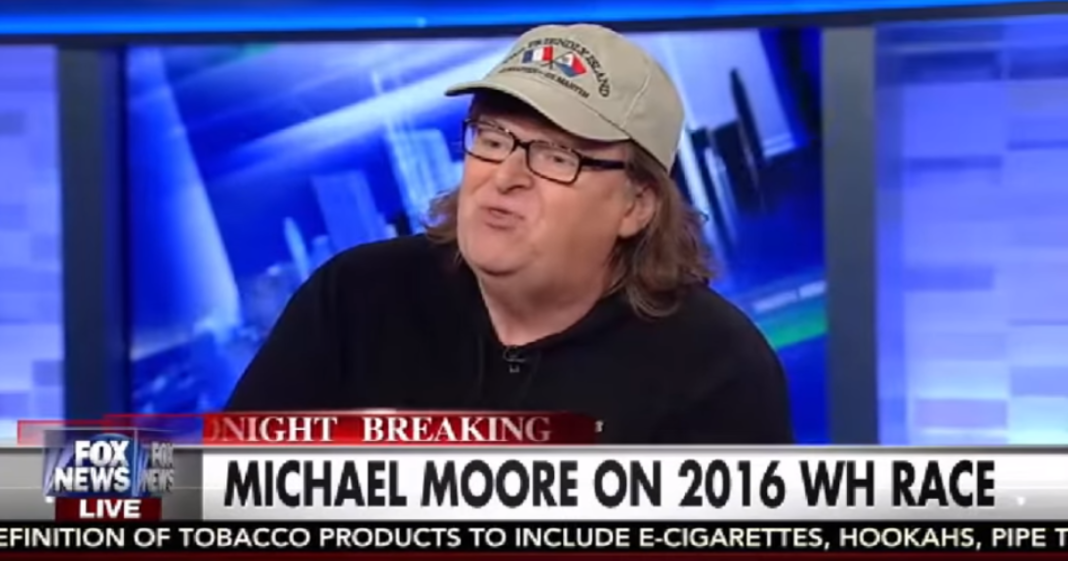 Michael Moore has surprisingly become something of a regular on Fox News’ “The Kelly File,” appearing on the show to defend host Megyn Kelly against Donald Trump and promoting his new film “Where To Invade Next.”

On Thursday Moore made another appearance with his right-wing buddy to talk about the current state of the political race now that the Republican nominee has been selected. Moore expressed worry at the nomination but maintained that he had been expecting it for months now.

Kelly turned to the Democratic race where Moore then defended his candidate Bernie Sanders, pointing to the significant support the Senator enjoys nationwide. Though many have written off Sanders, Moore remains a devoted supporter and defender.