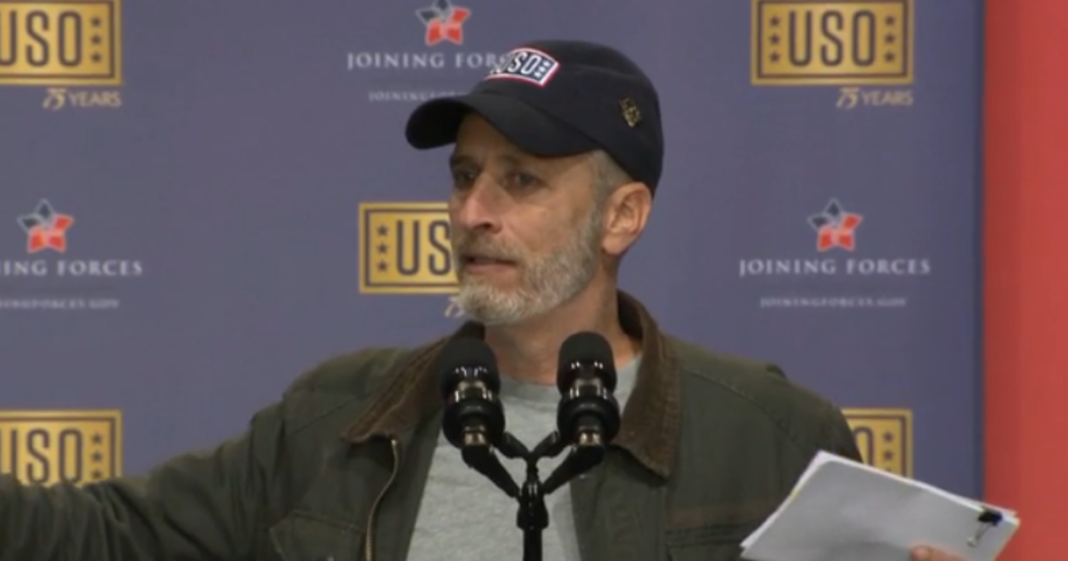 Though we all may dearly miss Jon Stewart’s regular television appearances since he went off the air back in 2015, the man has gone on to bigger and better things since his retirement. One of those better things is his dogged dedication to advocating for military and veteran citizens in this country as well as fighting for the rights of firefighters who served so dutifully in 9/11.

Stewart hosted a USO event this week, cracking a few jokes, helping to rouse the audience for a fun show but before he did, he couldn’t help placing a well-timed jab at the Republican candidate Donald Trump.

Stewart told the audience of military service-members that Trump will certainly keep them busy – besides putting America’s military into endless wars, Trump will have every man, woman, and child working to repaint the planes, trains, and automobiles of the U.S. military with the infamous “Trump” label.