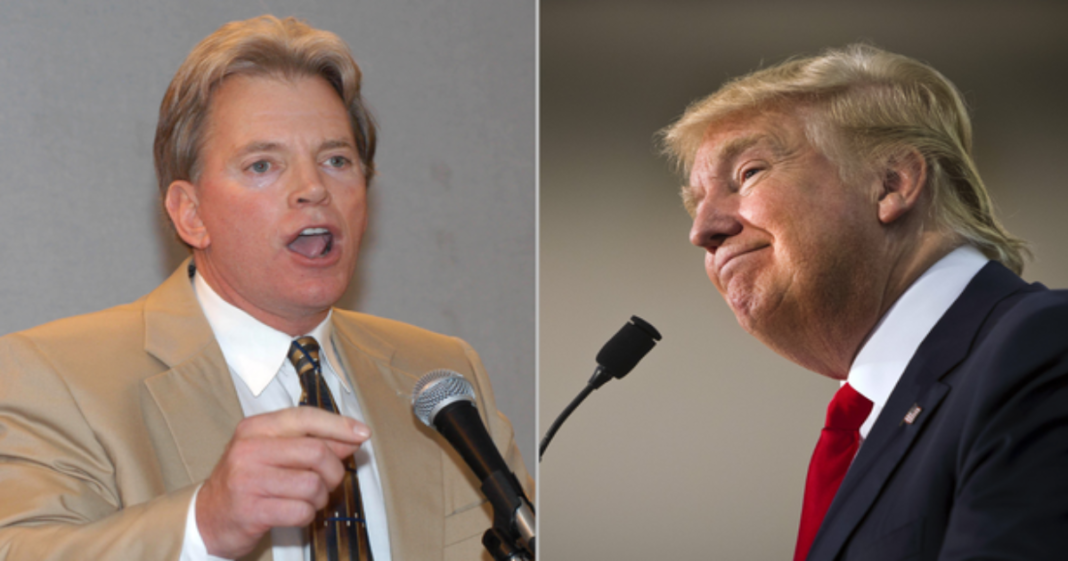 David Duke, former leader of the KKK and active political commentator (when people want to seek out his hateful opinion) said this week that he was in awe of Donald Trump’s success in the Republican race considering that the whole political system is, according to Duke, controlled by “Jewish supremacists”

While many people are familiar with the narrative that politics is controlled by rich donors and economic interests in coal, gas, banking, and Wall Street, Duke claims the control is really coming from Jewish people.

“The Trump campaign at a whole series of levels is a great opportunity for us to expose the people who really run the Republican Party, who run the Democratic Party, who run the political establishment and who are leading us all to disaster. Even though Trump is not explicitly talking about European-Americans, he is implicitly talking about the interests of European-Americans.”

According to Duke, Ted Cruz and other Republican candidates accepted money from “Jewish leftist commies.” Duke then goes on to say that it is Jewish Americans who are leading the #NeverTrump movement, and by doing so, are exposing their anti-American sentiments.

Just in case it isn’t clear, Duke is racist, hateful, and wrong. We absolutely do not support any statements he has made and we only share his comments with our readers so that they may better understand the caliber of supporter Trump has behind him.

Though Donald Trump has kinda-sorta disavowed support from white supremacist groups, it will be interesting to see if he comments on these remarks of admiration from Duke now that he is heading to the general election.