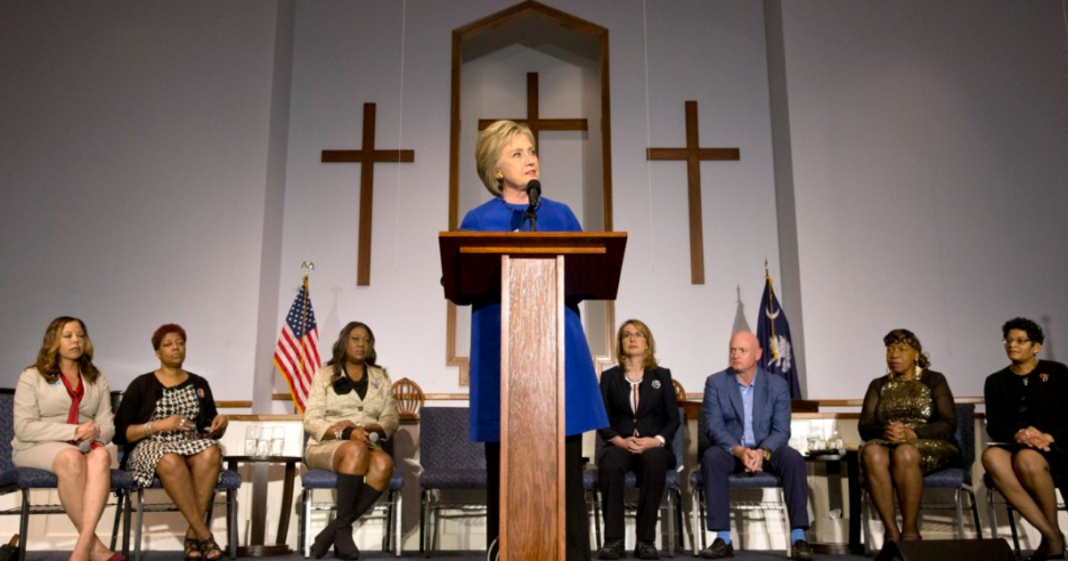 On Friday morning, senior religion reporter for Think Progress Jack Jenkins published a piece which points out that now, the most religious candidate left in the race is Democrat Hillary Clinton. This fact, though obvious upon reflection, is the sort of startling shift in 2016 that has never really been seen before in a presidential race.

That’s because the base of Republican support lies in an evangelical faith which is often the most primary element of a GOP politician. With the nomination of Donald Trump via the process of elimination, the Republican’s choice is one who doesn’t seem to give a damn about his religious faith as made evident by his “second Corinthians” gaffe and his past comments which make it clear that loving Jesus is just not on his to-do list. Trump may say that the bible is his favorite book, but his actions seem defy every word of that book.

When asked in the past about his religious faith, the Jewish Sanders has admitted that his beliefs are not as traditional as most. Instead, he seems to believe in a sort of collectivism between all of mankind. Sanders says that his spirituality centers on loving one another and caring for one’s fellow man. Sanders has also said that his Jewish faith is very important to him, though he does not appear to be actively practicing. While this may be a welcome change from the constant deluge of religious faith overstepping government bounds, Sanders’ lukewarm piety is bound to turn off scores of voters. Sanders Jewishness has also been cited as a limiting factor in his ability to reach the presidency, much as it was mentioned in the case of 2012 Republican candidate and Mormon, Mitt Romney.

Then there is Hillary Clinton. Clinton has long maintained that her Methodist Christian faith is a key part of her moral compass. When asked in the past about her religious views and how they fit into her liberal politics, Clinton said that her beliefs from the bible center around loving and caring for your fellow man and leaving the judgement up to God.

Surprisingly, it is Clinton’s strong religious faith which drew her toward the liberal side of social justice and political issues rather than away from them. A young Clinton’s youth pastor exposed the suburban youth to issues of drug use, crime, and poverty which she said gave her a “liberal heart.”

You can read every detail of Clinton’s religious faith and it’s importance in this election from ThinkProgress here.

The takeaway, here, is that this election is in every single way different from every other political race before it. Whether it should matter that the president has a strong religious faith is another issue entirely, but the truth is that it does matters to many a great deal.

Evangelical Christians are nearly universally conservative, but what might they do if they discover that their best shot at a God-fearing president is the liberal woman they have been taught to hate?

We’ll have to wait and find out.