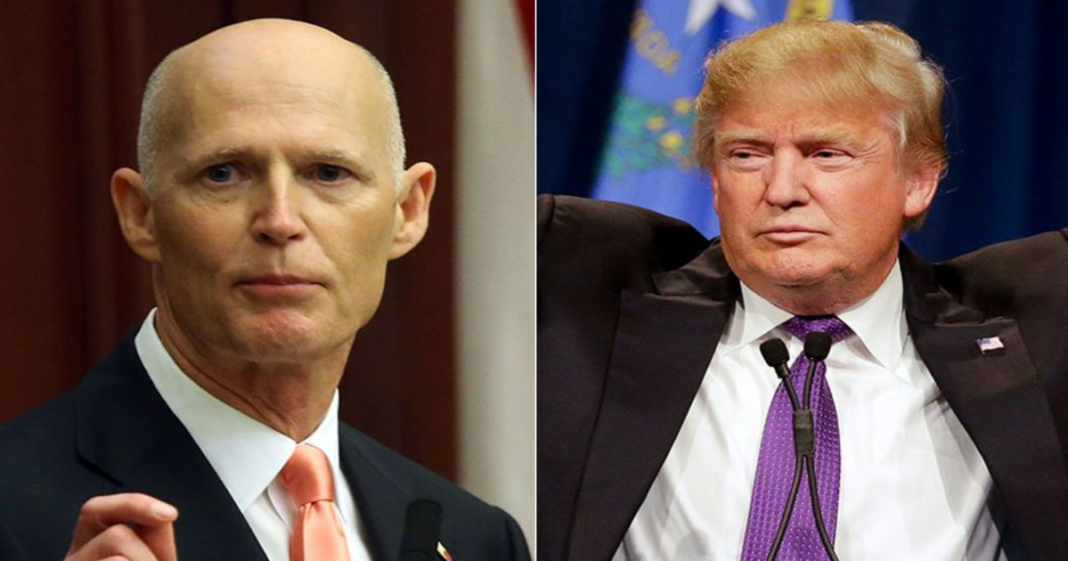 Rumors have been swirling in recent weeks about who Donald Trump will choose as his vice presidential candidate, especially now that Trump is the last Republican standing in the primary race. Several names have been floated in the media and even by Trump himself, but the most terrifyingly possible option so far seems to be Florida’s Voldemort-esque Governor Rick Scott.

When Scott was questioned about his interest concerning the VP spot, the Governor demurred, saying that he would rather stay in the position he is in.

“I like my job. I worked hard to get this job. I’m going to stay in this job.”

While this may or may not be actually true, Scott has made it clear that he is not one of the many Republicans on the #NeverTrump train. Scott was one of the first to endorse Trump shortly after his win in Florida and has recently said that he “will do anything I can to make sure [Trump] wins.”

Florida is, as always, a key state for the Republican candidate, particularly with its high hispanic population in the southern area of the state. Bringing on creepy Scott might help Trump to win the state in what is bound to be a competitive general election race.

The problem with this idea is the fact that Trump’s record-breaking unfavorable ratings mean that he needs someone who is beloved in America as his VP pick. Unfortunately for the Florida Governor, Scott is almost universally despised.

But of course, Trump seems almost committed to bringing widely hated, controversial, and even violent people into his campaign. Scott might be the perfect trophy atop the Trump campaign.