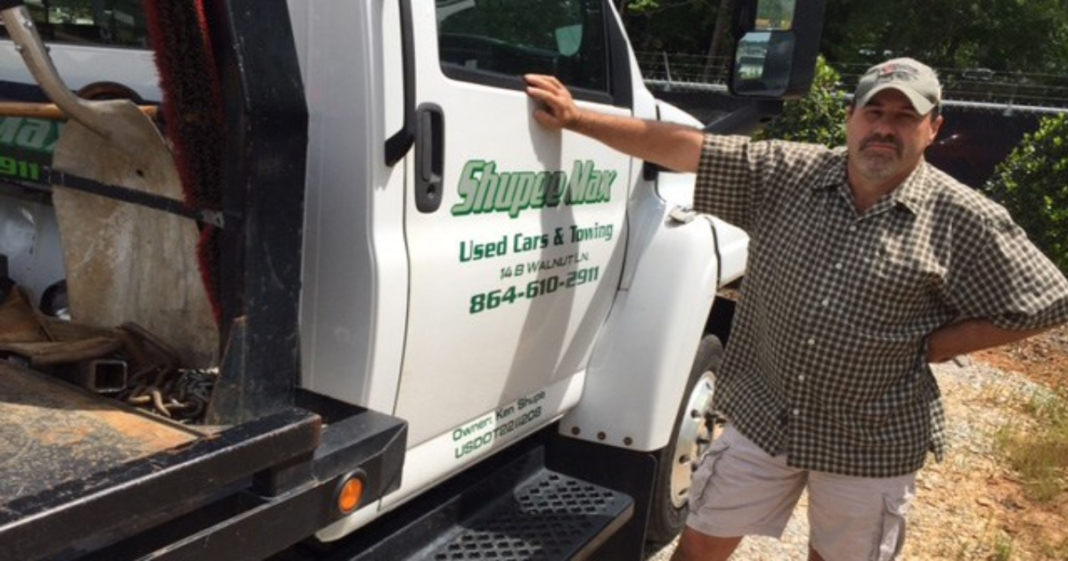 A South Carolina Trump supporter was called to tow the disabled car of a woman after she was involved in a wreck. The man was doing a quick inspection of the vehicle when he saw something so offensive that he left the woman, refusing to tow her car.

What was that offensive thing that so deeply bothered the man that he claimed God told him to leave her stranded? Why, a Bernie Sanders sticker of course!

“Something came over me, I think it was the Lord, and he told me to get in the car and leave.”

Yes, Cassy McWade dared to have a political sticker supporting Democratic candidate Bernie Sanders, which was a clear sign from God that she didn’t deserve help. Ken Shupe, the man who was supposed to tow her car, said that his discrimination was based on his past experiences with Sanders supporters.

“I’ve had some horrible experiences in the last six months with towing cars for this mindset individuals, in that I don’t get paid. They want to argue about a $50 tow bill, and it turns into just a drama and a fuss. And I said, you know, I’m not going to associate with them, and I’m not going to do any business with them.

“I’m really not interested in doing business with that clientele.”

The woman Shupe refused service to is a young disabled woman who suffers from a long list of debilitating diseases. Shupe claimed that he wasn’t aware she was disabled, but even if he did, that wouldn’t have changed his actions.