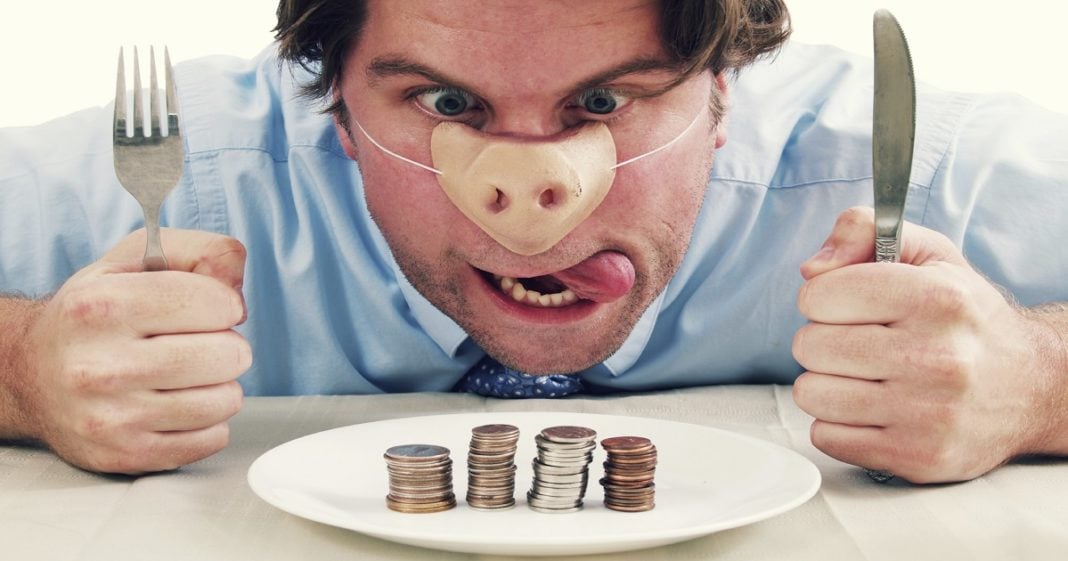 Big banks have been throwing a big fit due to the federal government’s efforts to cut down on the massive payouts that taxpayers give to banks for no reason at all.

The federal government has been paying out large subsidies to banks all over the country for a century in what was once an effort to bring banks into the federal reserve. The government in 1914 incentivized individual banks to join up with the federal reserve in exchange for dividends on stock. These subsidies made sense as it helped keep banking in the U.S. uniform and visible, but as the years went by, the federal reserve began to oversee all banks in the U.S. whether they were stockholders or not. Despite this sweeping application, banks continued to pay out massive sums to banks in a now outdated system.

It is this system which the federal government is seeking to put an end to, but of course greedy banks hate to see so much free money disappear. Congress passed a law in 2015 which would have put the payouts to an end, but lobbying from big bank interests were able to get the legislation to only reduce, not end, the payments. The subsidy was then expected to be reduced by $17 billion over five years, but the legislation ultimately only cost banks $2.7 billion.

Politicians love to whine about how “entitled” some groups of society have become, but none are as entitled as these banking entities who claim that the revocation of this flow of money is an infringement upon their rights and property.

American Bankers Association president and CEO Rob Nichols penned a letter saying as much last week when he accused the legislation of being unconstitutional.

Nichols said that the legislation was an “unconstitutional taking of member banks’ property without compensation.”

To put it simply, the federal government has been making massive checks out to banks for a century due to what was once a legitimate incentive program. But for the last several decades, the money has been no-strings-attached payments made by the American people, lining the pockets of banking CEO’s and investors. When the federal government attempted to allocate those funds to other avenues in the interest of the public, the banks revolted and are now claiming that the money is their property and the ending of the payments is unconstitutional.

Bankers don’t just want your money, they feel they have a constitutional and God-given right to have it. They’re not going to stop until they get what they want.