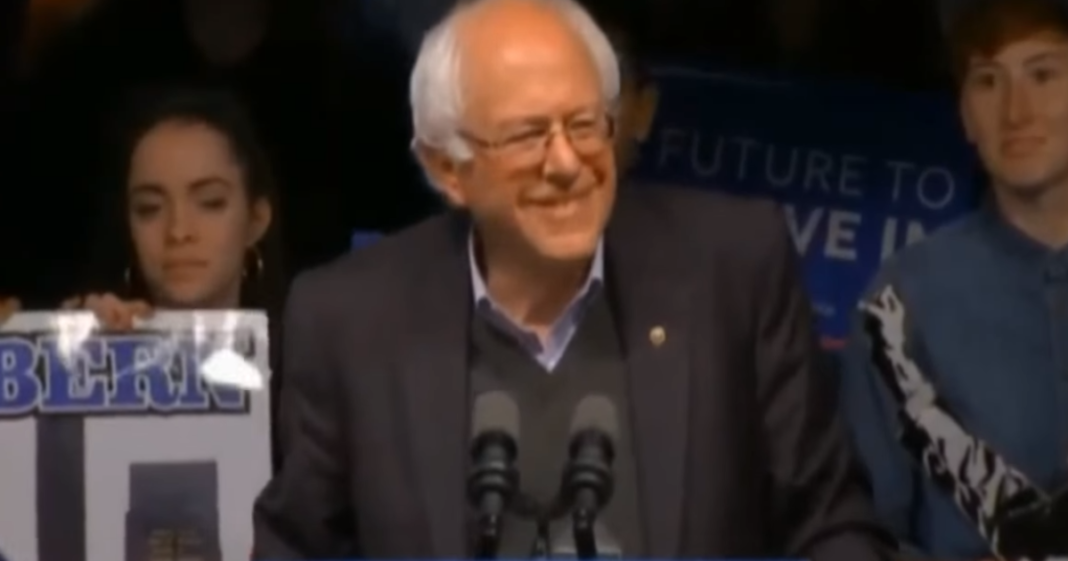 “You won!” the voices in the crowd shouted triumphantly as presidential candidate Bernie Sanders attacked Wall Street and Washington elites during a rally on Tuesday evening in Louisville, Kentucky.

While so many political pundits have written Sanders off, it is clear that the voters are still feeling the Bern.

The moment that Sanders’ victory was confirmed by one source or another, the crowd attending the Sanders rally began to rumble. Sanders continued speaking until it was clear there was a disturbance, But this wasn’t like a Trump rally where a disturbance was a protester being beaten senseless. Instead, the crowd shouted to Sanders, alerting him that he had taken the state of Indiana against all odds.

Sanders’ smiled, joyful, before turning to his team and questioning whether his roaring crowd was correct. Ever the pragmatist, Sanders learned that it wasn’t quite a sure thing and went back to his talking points.

Little did he know that he really did defeat Clinton in Indiana, lending an invigorating energy to his campaign. Sanders has said that he fully expects to attend the Democratic convention in June as a presidential candidate. Wins like these help to guarantee that outcome.

The moment begins at the 28-minute mark: