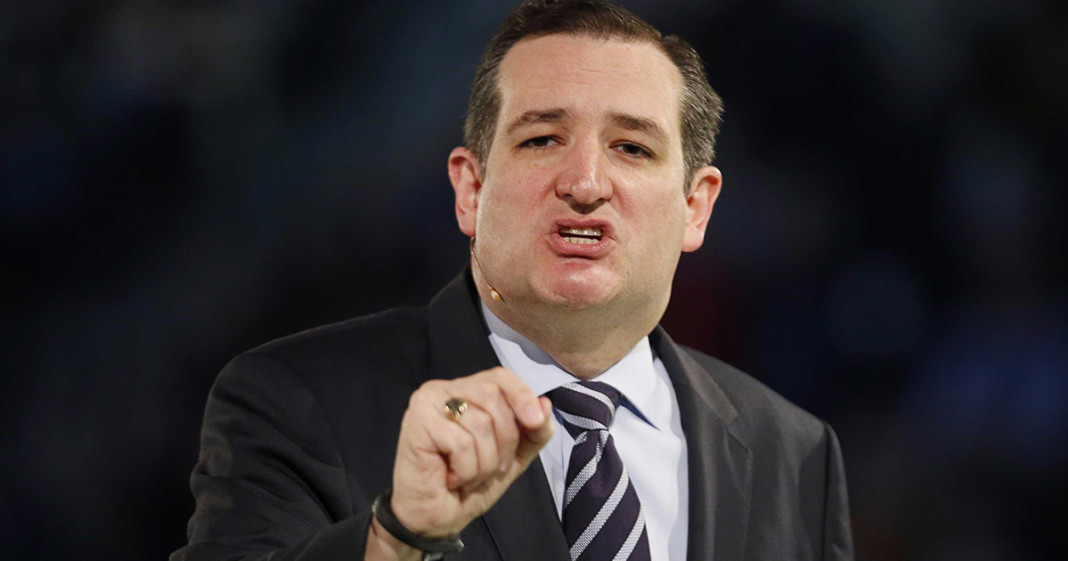 You could cut the tension with a knife on Monday as Ted Cruz confronted a group of pro-Trump protesters outside of a Cruz event.

Cruz claimed he was taking the high ground as he attempted to cajole the most vocal of the group into a debate of sorts, chastising him each time the man shouted or parroted one of Trump’s talking points.

Though most people consider Cruz’s face to be an insult to humanity, the Trump fan’s haughty smirk was in strong competition for most punchable face.