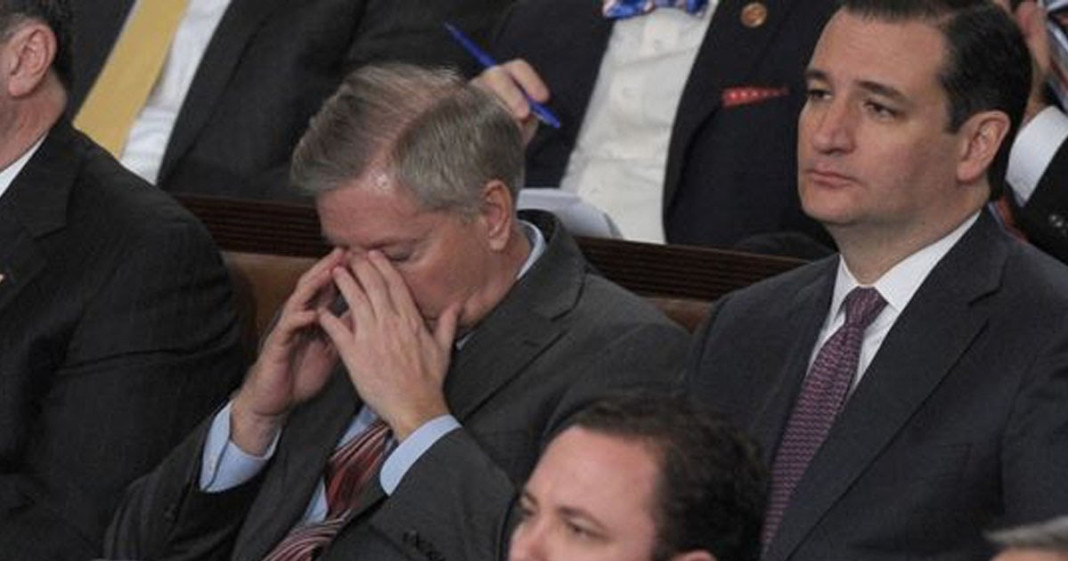 Failed presidential candidate Lindsay Graham appeared on “Face the Nation” on Sunday to explain his support for Ted Cruz.

Graham brought up recent comments made by John Boehner this week when he referred to Cruz as “Lucifer in the flesh,” but Graham countered that the devil himself might be more popular than Donald Trump.

“And there’s been a lot of talk about Lucifer. I think Lucifer may be the only person Trump could beat in a general election. But when it comes to women and Hispanics, Trump polls like Lucifer. So, this is a contest between conservatism and Trumpism. And Trumpism will get creamed at the ballot box, hurting our House and Senate chances.”

Graham then posited Cruz as the Republican savior who can defeat the evils of Trumpism in a GOP “civil war.”