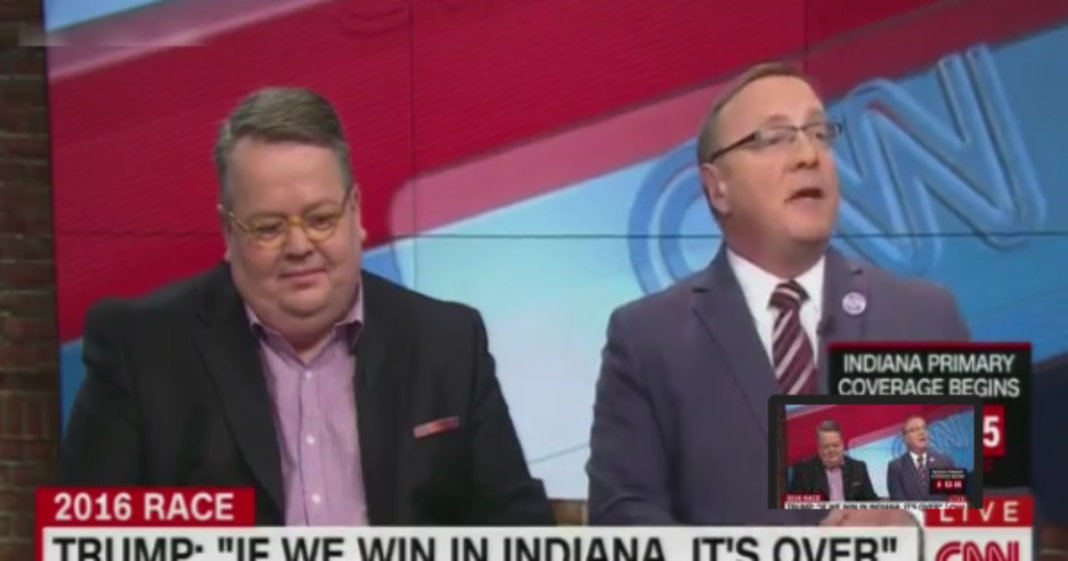 Well, we knew Republicans were becoming especially interested in people’s genitals lately with the passing of the North Carolina “bathroom bill,” but we could never have guessed just how far the junk talk would go.

Ahead of the Indiana primary, the New Jersey campaign director for the Ted Cruz campaign, Steve Lonegan, made an appearance on CNN where he said that if Trump wins the state, he will appear before America a totally different man.

“This is a battleground for the conservative future of this country cause, if Donald Trump does win tonight and pull out half the delegates, you’re gonna see a very different Donald Trump tomorrow. Donald Trump’s gonna look a lot like more like Hillary Clinton than he does like Ronald Reagan.”

But Lonegan didn’t stop there, finishing his statement by declaring that nominating Trump would be akin to nominating a gender-bended Clinton.

“I don’t believe the conservative base of this party is ready to throw everything over to a ..to Donald Trump, in essence, we’re not going to nominate Hillary Clinton with a penis.”