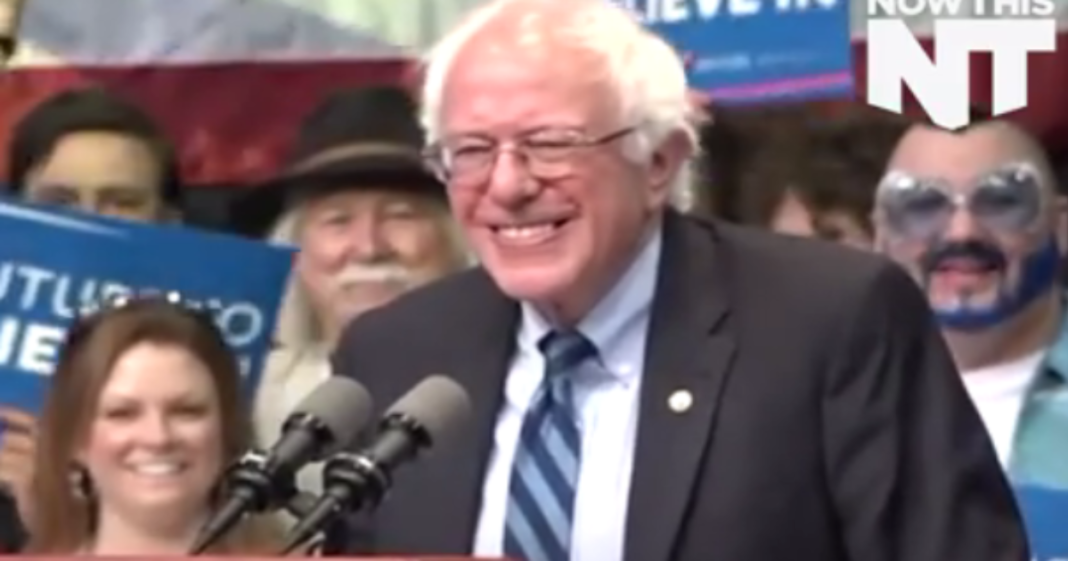 During a recent campaign event over the weekend, Bernie Sanders was listing off his usual stump speech points about Wall Street and the “millionaires and billionaires” when a member of the audience offered up an alternative way to state Sanders’ displeasure.

“Fuck off!” the voice shouted, catching Sanders off-guard and eliciting a chuckle from the senator.

Sanders said that he was constrained by his position, but that he appreciated the man’s enthusiasm.

“You get to the point very succinctly. I like it.”