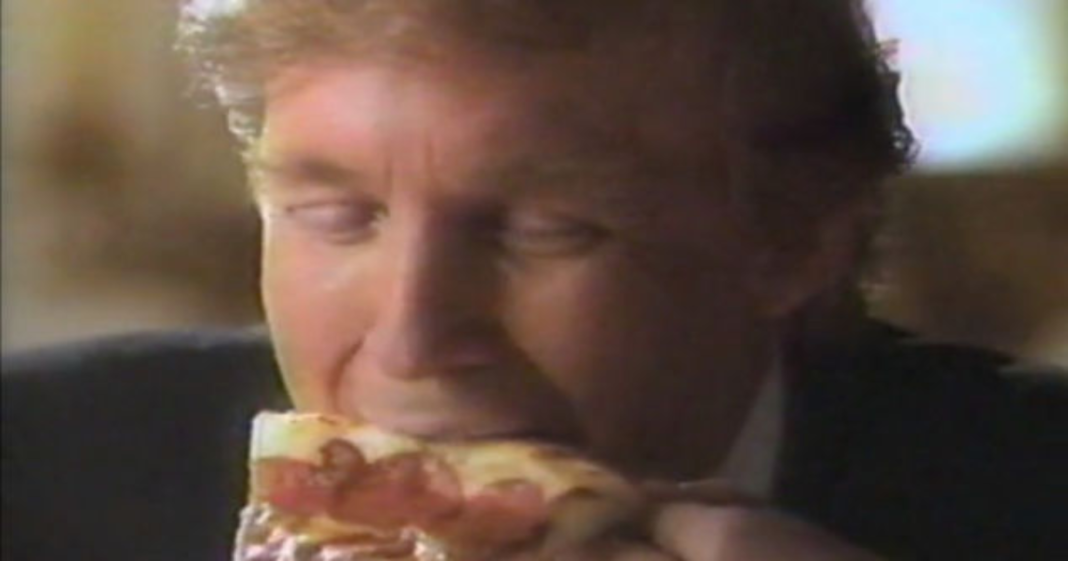 The popular idea about Donald Trump by those who support him is that he is both an expert businessman and a straight-shooter. His multiple bankruptcies and failed business ventures aside, the idea that Trump is the sort who “tells it like it is” isn’t just laughable, it’s downright false.

Over the years, Donald Trump has sold his image (and his soul) to every product and service that wanted him.

Trump has done commercials for both Pizza Hut and Dominoes, raving about their fancy pizza flavors (and reminding his newly-ex wife Ivanka that she gets half of his assets). Trump has also jumped onto questionable scam businesses, minor league football teams, McDonalds hamburgers, and Serta Mattresses just to name a few.

Of course that doesn’t count the dozens of side businesses that he has started like Trump Steaks, Trump Vodka, Trump Magazine, and more.

If Trump is so willing to sell his image for something as silly as a cheeseburger pizza, why do you think he would treat America’s reputation any more carefully?