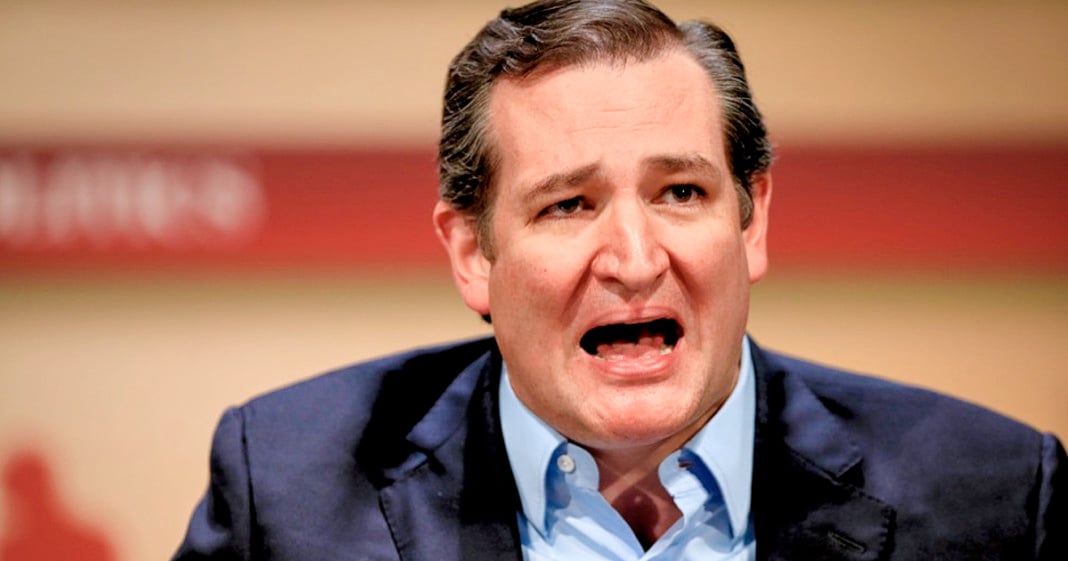 During a rally this weekend, presidential candidate Ted Cruz got heckled by what appeared to be a young boy who repeatedly shouted ”you suck” and “shut up” as the candidate tried to address the crowd.

Cruz, who has in the past had peaceful interactions with hecklers and protesters told the boy as he continued to shout that he should respect his elders and that if he were his child, he would be beaten for his insolence.

“You know, in my household, when a child behaves that way, they get a spanking.”

Of course this isn’t the first time that Cruz has mentioned beating his children, which makes it all the more sad when they are paraded before the cameras. This boy had better thank his lucky stars that he isn’t a child of Cruz, because it seems as if to be so would be hell on earth.