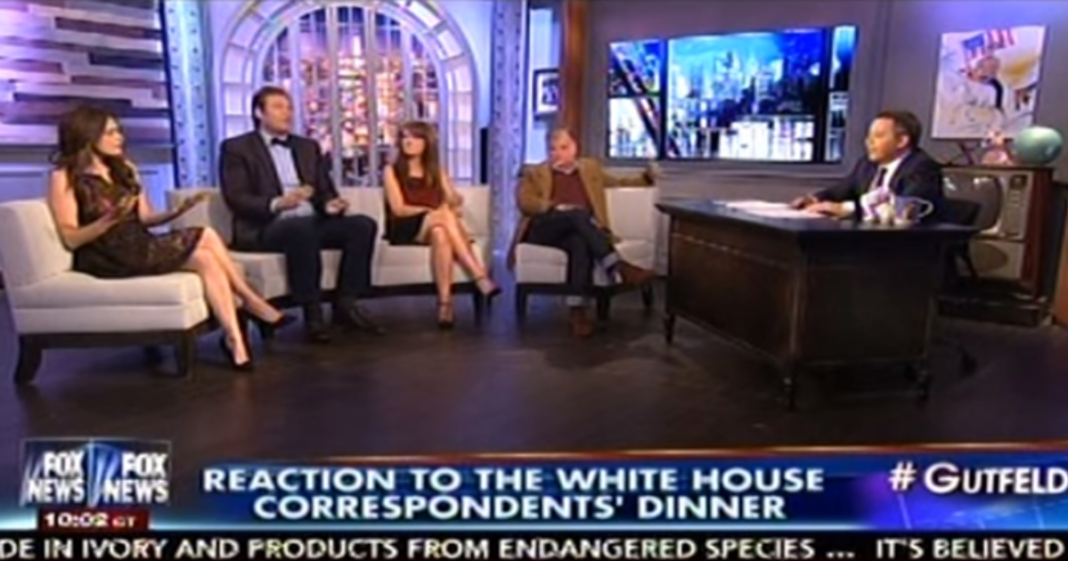 If you watched the White House Correspondents Dinner on Saturday Night, you probably noticed the palpable tension in the room when comedian Larry Wilmore took the stage and proceeded to unapologetically rip corporate media and establishment politics to shreds.

Wilmore made it clear that he wasn’t there to play nice or to lob softballs as he slung biting jabs at even the most elite. Wilmore brought up taboo subjects like the Black Lives Matter movement and ended his speech by referring to the president as “my nigga.”

Though the night is usually reserved for some roasting-style jokes, the political and media elite were not prepared for the level of bite in Wilmore’s bark.

Of course, Fox News was bound to take deep offense to Wilmore’s groundbreaking performance, and before the event had even fully concluded, pundits were already ranting to their cameras.