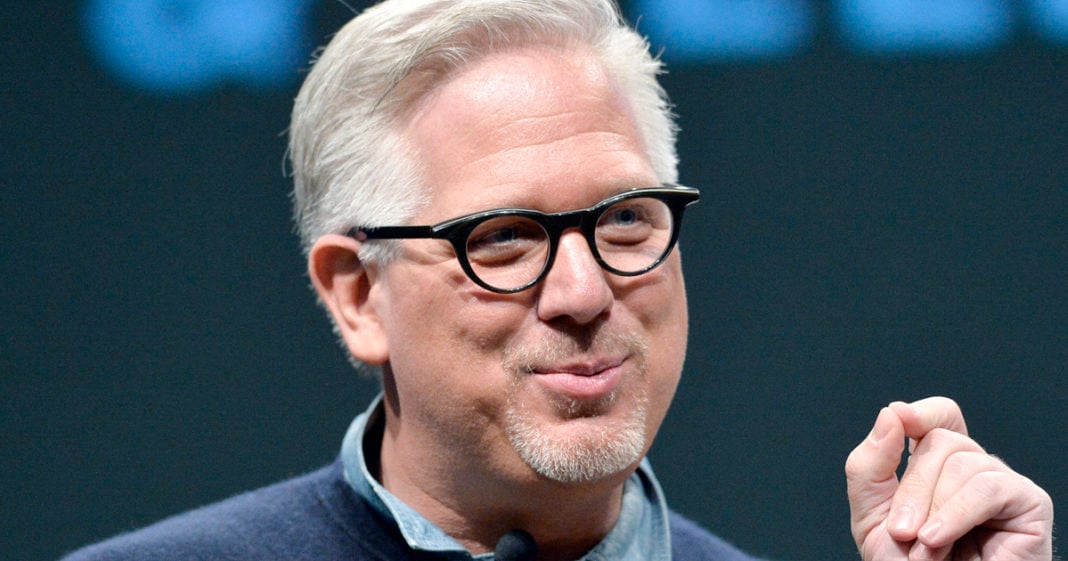 On Friday, right-wing host Glenn Beck posted a bizarrely dramatic video on to “The Blaze” YouTube channel in which he expressed at length his many excuses for firing 40 employees and blaming them, rather than his own mismanagement, for the layoffs.

Multiple cameras zoomed around Beck in what appeared to be an imitation of the Oval Office. In this sad imitation of a genuine moment, cameras swooped around the grim-faced politico as he pretended that he was the innocent victim in all of this.

Beck blames a difference in values between himself and his employees, saying that those he hired to spread The Blaze wanted to turn his little network into a media giant. Beck claimed that wasn’t what he wanted.

Repeatedly, Beck refers lovingly to his audience, seemingly in a renewal of vows to dedicated listeners.

“But I noticed one thing about my company. Not one single person from the management team actually showed up that entire weekend. And I realized, they didn’t love the audience like I did. They weren’t connecting to the message like you did and I did. I’m not sure they were part of the culture of the principles. And I knew I had to get a hold of my company again, and that would mean making really hard choices.

First one was, are you going to stick to your principles? You going to be honest with yourself? Stand for what you believe in, or are you going to give into the status quo and go along to get along? Because these people were my friends, they were my partners, and I don’t know at the time, I thought maybe they were right. But I knew they weren’t in my gut.

And my gut and my spirit said, “Stick by what you know, even if it’s hard and even in the end if you lose.”

I had to start firing people.”