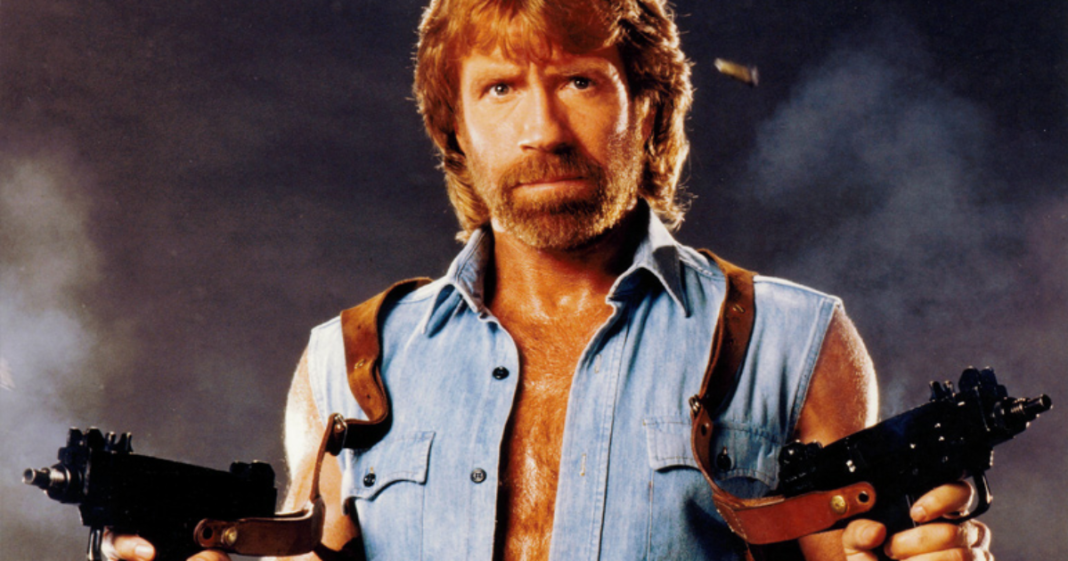 Chuck Norris is the sort of actor you wish had just faded away after “Walker, Texas Ranger,” because the sort of insanity that he has spewed since then really wears away at any cool persona he may have once had.

Norris now spends a lot of his time online, posting about government conspiracies and clinging to his guns. The most recent conspiracy that has Norris shaking in his boots is the idea of chemtrails.

The chemtrail conspiracy is the belief that planes are flying overhead, constantly releasing various chemicals to control, vaccinate, and poison the population. Most Chemtrail conspiracists believe that the smears of condensation which planes often leave behind in the sky are evidence for their theory.

For more on Norris’ beliefs and to learn more about the plain crazy theory, watch the infamous Alex Jones.