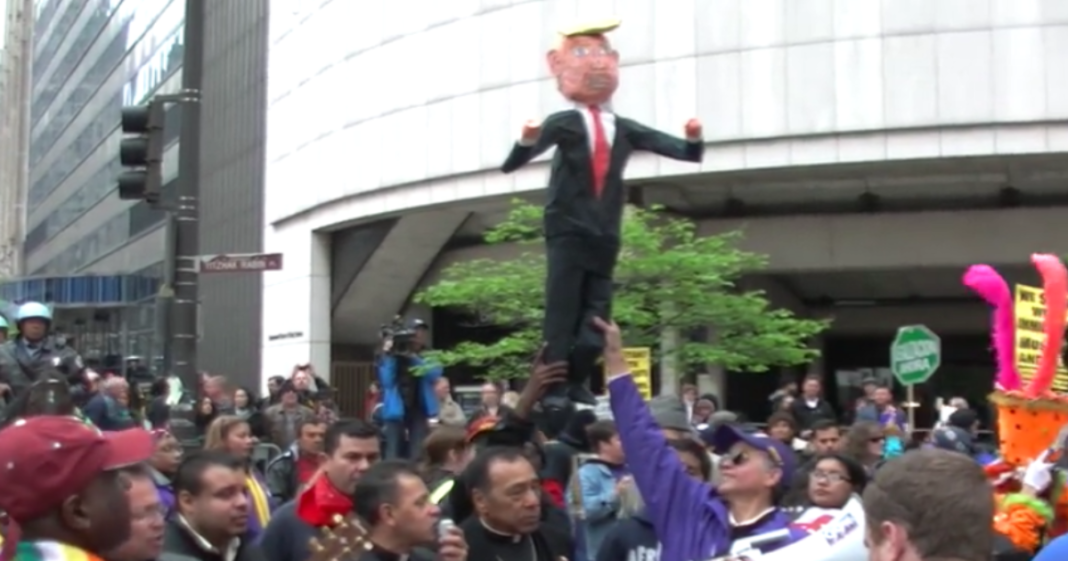 May Day is a national holiday in America as we remember the blood, sweat, and tears lost by workers across the country for centuries that laid the foundation for modern worker’s rights. Though in many parts of the nation May Day is hardly of note, in Chicago, the day is both known and celebrated.

Chicagoans celebrate May Day not just as the national labor rights day but also as the anniversary of a particularly bloody worker’s rights clash in the city.

This year’s demonstrations and parades had a special theme, focusing on how Donald Trump’s campaign and potential presidency threatens workers in America.

Priests in the parade took the theme all-out as they paraded a Donald Trump effigy, performing an exorcism on the candidate’s tiny representation and praying for God to remove demons from Trump. They waved about holy water and holy oil as part of their process.

“We ask that you bring out the demons and demonic forces of our brother, Donald Trump. We ask, oh gracious God, to take away the hatred, bigotry and racism and the forked speaking tongue that he’s had and replace it with a powerful tongue and care.”