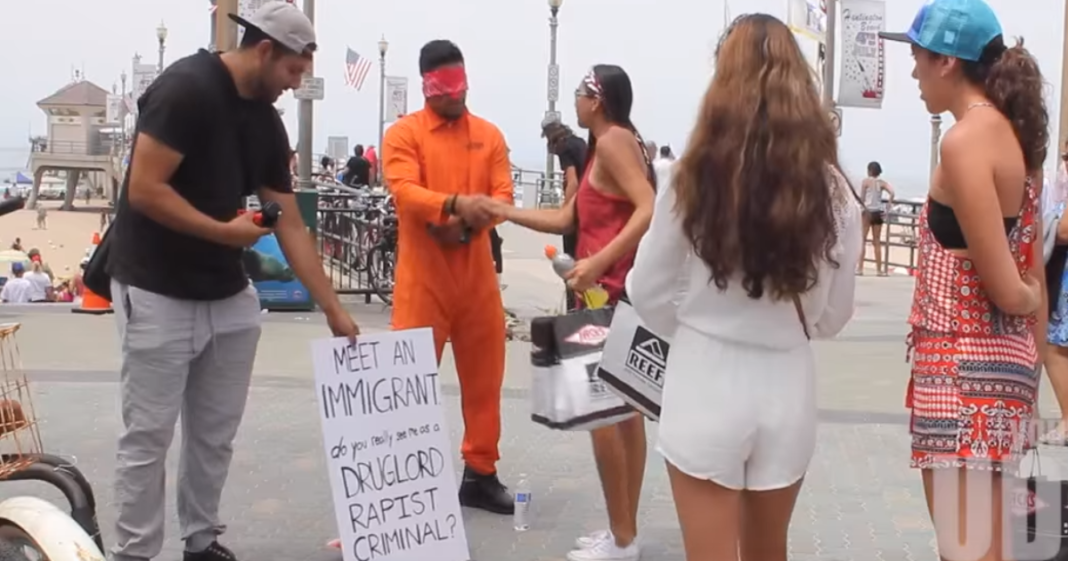 In the wake of Donald Trump’s early campaign comments about illegal immigrants which kick-started his political villainy, one activist took to the streets to inform people that the label of “immigrant” is about so much more than what a real estate-turned-politician said.

This viral hit which currently has over four million views features a Hispanic man in an orange jumpsuit and handcuffs with a sign which invites passers-by to shake his hand and meet a real immigrant.

Person after person approaches the man, shaking his hand and offering up their support. Many said they were immigrants themselves, while many others commended the man for his bravery.

This video is now 11 months old, but the issues raised in it are still glaringly relevant and in need of close attention. It’s unfortunate that modern day America has to have these sorts of introspectives, but until rhetoric like the kind employed by Trump is struck down, there will always be a need for in-your-face performance art like this.