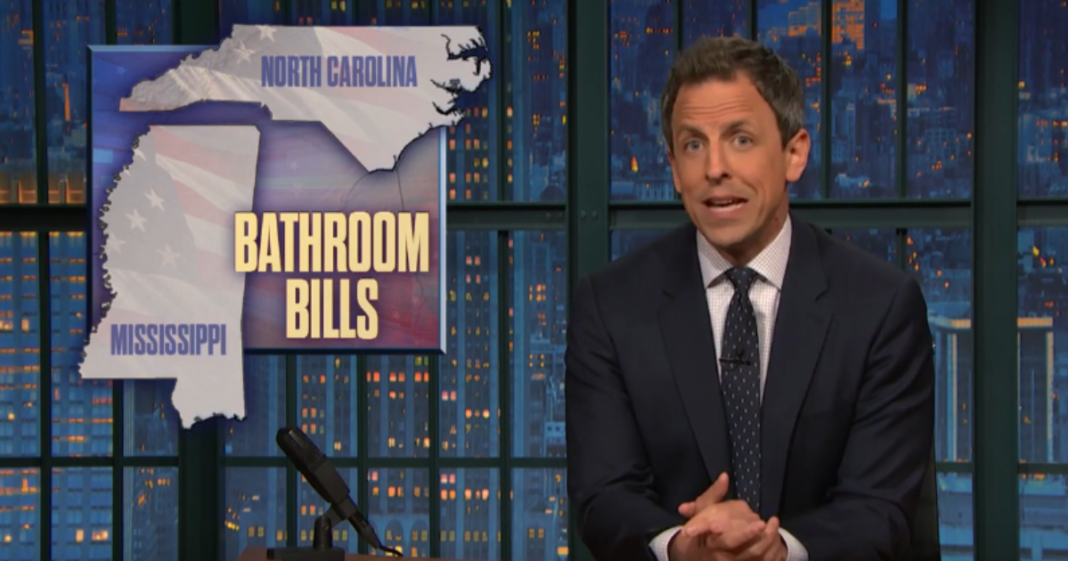 On Thursday’s “Late Night With Seth Meyers,” host Meyers took a closer look at the infamous Bathroom law in North Carolina and the out-of-nowhere controversy surrounding trans individuals using the restroom which aligns with their gender identity.

“Even if Donald Trump dresses as Hillary Clinton,” Cruz said on the trail in Indiana this week, “he shouldn’t be using the girls’ restroom.”

“But if a lizard dresses up in a suit,” Meyers responded, “he can run for president.”