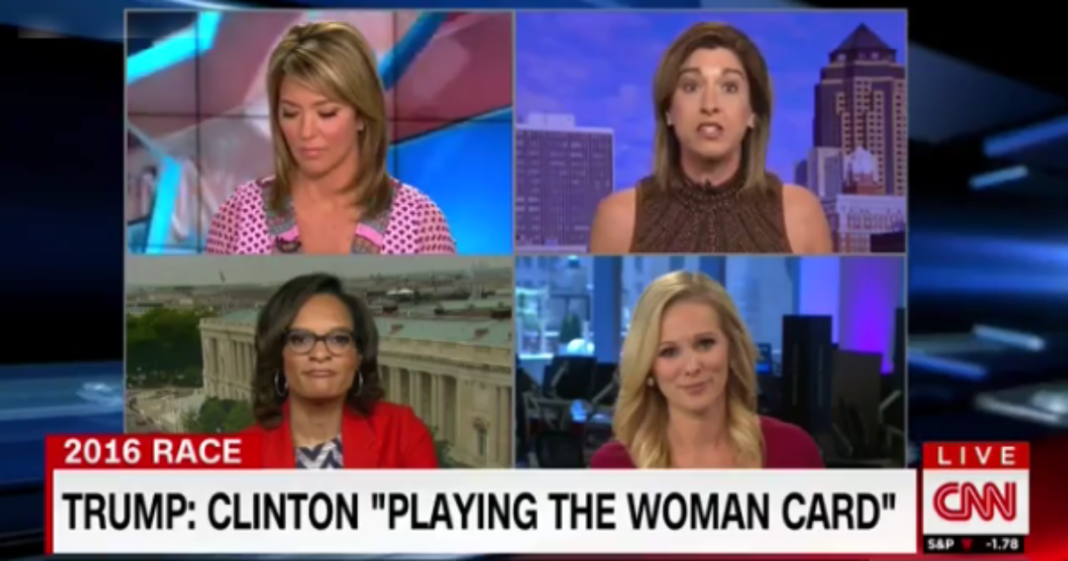 Trump defender and former Apprentice contestant (no, she didn’t win the show) Tana Goertz has been making the rounds on network “news” lately, defending her beloved candidate. On Wednesday, she told a panel of female pundits that many women in America who aren’t interested in politics will vote for Clinton merely due to their shared x chromosome.

Goertz willingly insulted millions of her gender by supposing that Clinton doesn’t have any other qualifying factors besides her status as “woman.” Considering that women will have never had the chance to select one of their own in a general election (and last time they had the chance, Clinton lost out to a man), how would Goertz know a damn thing about what women will or won’t do?

Hillary Clinton will win or lose the election on her own merit, and on the many decisions, votes, and policy positions she has taken over the years. To reduce her success or failure to her gender is not just insulting to Clinton but to half of the population.