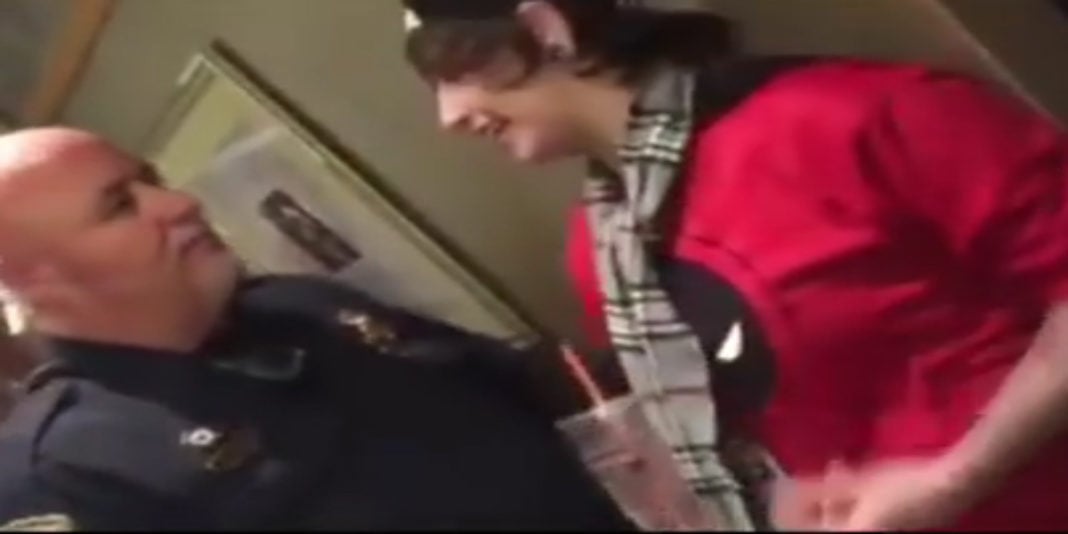 Since the passing of North Carolina’s so-called Bathroom Law which makes it illegal for an individual to use a restroom which does not correspond to their biological gender, there has been nationwide discourse about whether or not the law is discriminatory or even complete evil (Spoilers: it’s both).

While the law does nothing to reduce sexual assault as it is pretending to do, it has made things incredibly uncomfortable and even dangerous for both trans individuals and people who look like they could be trans individuals.

In this shocking video, cops, both male and female, enter a women’s restroom to force an individual that they claim is male to leave. They ask the person if she is a woman which she and her friends say again and again that she is.

The cop (again, may I remind you that he is a man inside the women’s restroom) asks for identification to prove that the woman is who she says she is. She tells him that she does not have her I.D. and it is at this point that the woman is removed from the restroom, but not before she is pushed against a wall.

There are certainly some unanswered questions in this video, such as what caused the cops to become aware of the woman’s presence and if this incident even happened in North Carolina.

Either way, these officers had absolutely no reason to harass this woman and they should face discipline for their actions. And the horrendous law which opened the door to this sort of invasion and harassment? It should be struck down as unconstitutional while protections for LGBT individuals should be ratified into law.