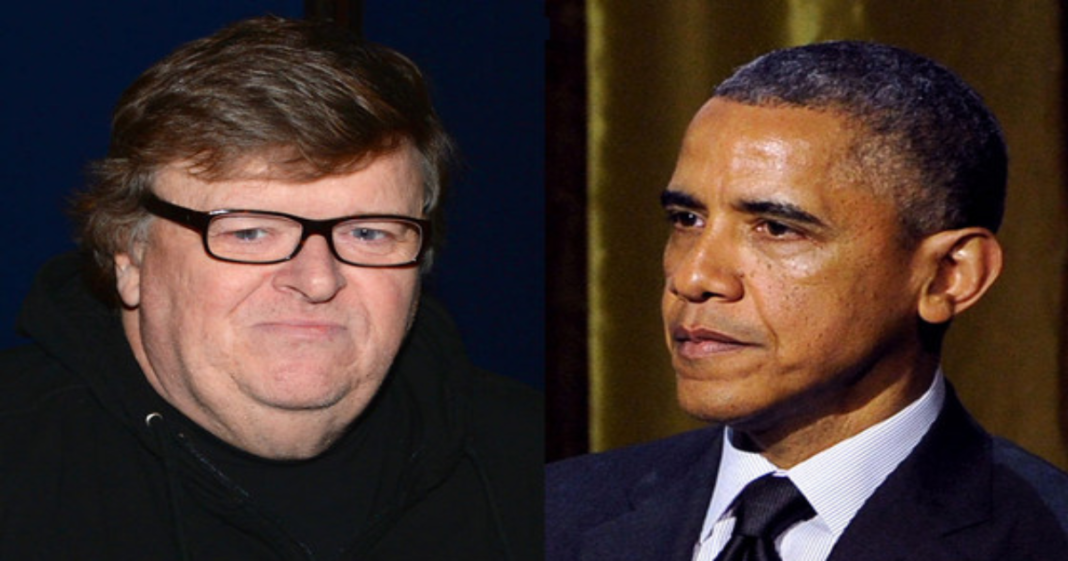 On Wednesday, it was announced that President Obama would be taking a trip to Flint, Michigan to address the ongoing poisoned water crisis. Many are surprised that the president had decided to go so late in the year as the lead in Flint’s water has been front-page news for months now.

Filmmaker Michael Moore, whose hometown is Flint, fired off a fiery response to the announcement from the White House, calling the visit “too little, too late.” Moore, who told the president that he was a long-time supporter, said he felt a “profound disappointment” at the decision made by the POTUS.

“You say you’re coming to ‘listen to the people of Flint.’ Sir, they’ve been poisoned for two damn years. You’ve known about it since October. There’s nothing to listen to. Unless you’re bringing the entire U.S. Army Corps of Engineers to dig up and replace the 75,000 lead pipes, plus the Attorney General to arrest Governor Rick Snyder, then this is just another photo-op and half-baked list of new promises we don’t need.”

Moore then argued that the issue wasn’t one of infrastructure but of racial neglect. 10,000 residents poisoned in a low-income, minority-dominated town.

Moore respectfully, angrily, tells Obama that the residents of Flint don’t want or need the president’s lip service. We reflect Moore’s sentiment as it is indeed, far too little, much too late.