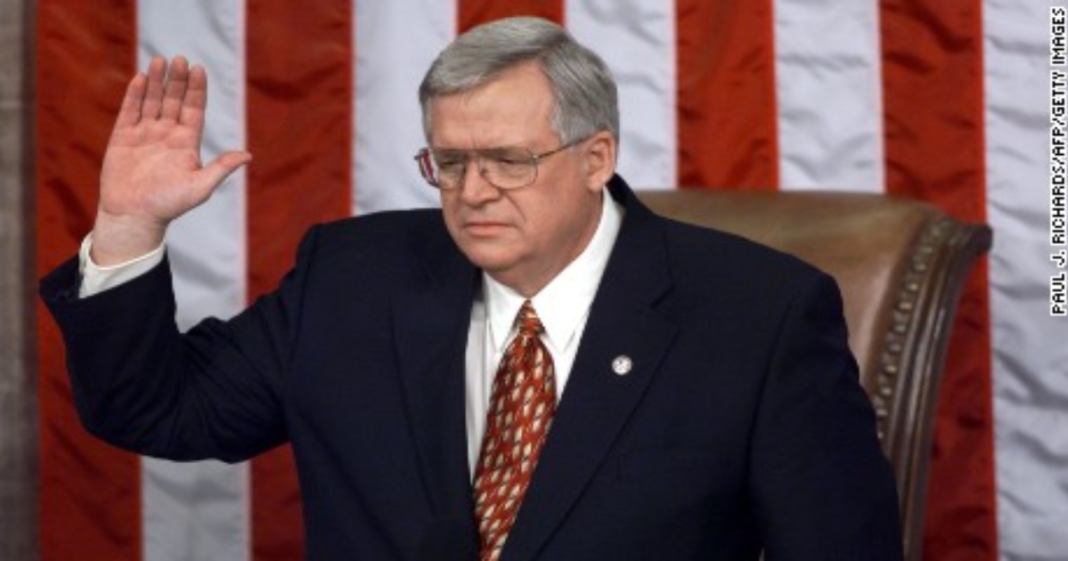 Former speaker of the house Dennis Hastert has been sentenced to 15 months in prison in connection with gag money he paid to a group of former wrestling students he molested during his tenure as their coach.

Though his victims were unable to bring charges against Hastert due to the statute of limitations, Hastert’s guilty verdict is in connection to one count of structuring which he obtained while withdrawing the gag money he paid his victims to keep them silent.

During the hearing, Hastert admitted to his past crimes, apologizing to those he “mistreated.”

“I’m sorry to those I hurt and misled. First I wanted to apologize to the boys I mistreated when I was their coach. What I did was wrong and I regret it. They looked to me, and I took advantage of them.”

It is unfortunate that the only sentence that Hastert will serve for his crimes is a mere 15 months, especially because he openly admitted what he has done. The statute of limitations exists for a reason, but in this case it is hard to see justice undone.