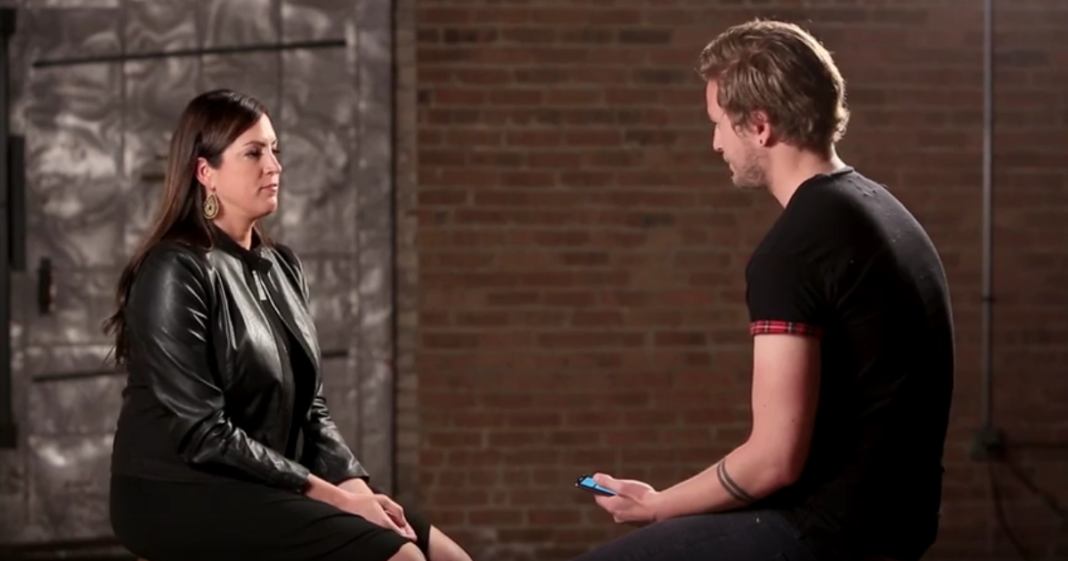 On the internet, anonymity can be a dangerous thing, enabling frightened, angry, or bored people to harass and degrade others without a second thought. Though it is everywhere, it can be especially vicious toward women who are in the public eye.

This video #MoreThanMean asks average men to read off comments posted online directed toward two female sports commentators. The comments start off laughable, the sort of stuff one expects to hear from mean, adolescent children; The sort of thing a well-seasoned commentator could easily laugh off.

But then get they worse, and darker, and more hate-filled. The men stare at the words uncomfortably, afraid to repeat the sexist slurs that bite. Afraid of saying “you deserved your rape,” and “You made it up.”

The point of the video is clear – these comments aren’t just mean and critical, they are pure hate and they cause real damage. And that’s not being “politically correct,” it’s respecting basic humanity.