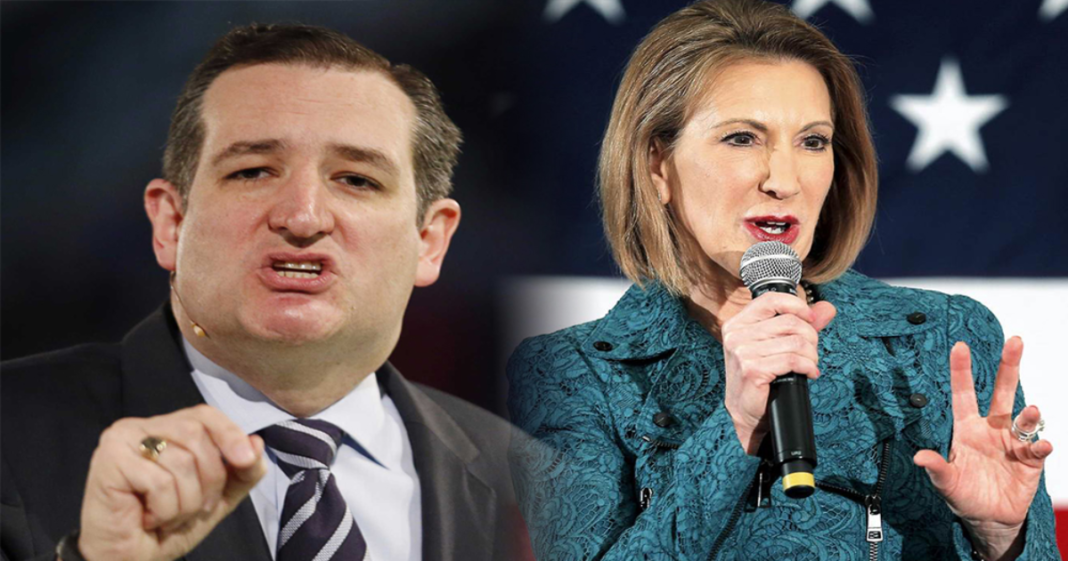 Ted Cruz was set to make a “big announcement” on Wednesday afternoon, but before he could do so, the “good news” leaked a bit early.

Cruz is to be the first candidate to officially and publicly choose a running mate according to NBC News correspondent Hallie Jackson who has confirmed from a high-level source that Cruz will be teaming up with failed presidential candidate Carly Fiorina as his running-mate.

Of course, Fiorina is not the most dazzling VP pick as her most qualifying feature is her tenure as the HP CEO where she nearly drove the company into the ground before being unceremoniously fired.

It appears that the Cruz camp is willing to try just about everything in order to grasp onto the last straws of his dying campaign as Donald Trump races to the Republican finish line (Meanwhile, Cruz sits curb-side, huffing on his inhaler. Kasich is still home in bed).

Though the chances of Cruz making it to the nomination is minuscule, it is hard to imagine the addition of Fiorina hurting the candidate. No doubt, this was a strategic effort at winning over more Republican women since with that demographic, Trump remains at an all-time low. And though Fiorina has absolutely no reason to be in a political race, people seem to like her steady hand and bull-doggish attack strategy.

Cruz is set to make the announcement official at 4 p.m. this afternoon, though at this point, it is merely a formality (and photo op!).