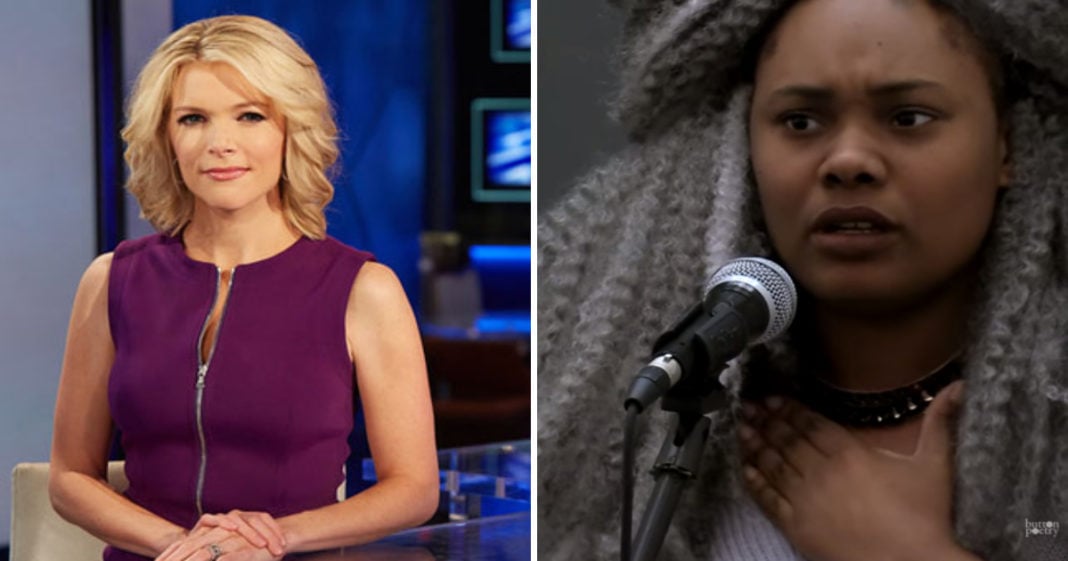 Back in 2013, Fox News host Megyn Kelly made a matter-of-fact claim that Jesus was white during a news broadcast, and these words have remained stuck in the mind of poet Crystal Valentine ever since.

Button Poetry, an online outlet which showcases amazing spoken word poetry to the world, released this poem from Valentine a few days ago. In it, Valentine begins with the quote from Kelly about Jesus, but leaves her nameless as a way to represent so much of white America in this poetic story.

Valentine goes on to point out how this assumption about Jesus’ race is just another example of the way that many white people assume they are the default in all instances, that they are the center of the earth and that anyone else is simply the “other.”

She then brings in recent elements of police brutality against black men, saying that just like black men, Jesus died with his hands up and his mother watching.

“How can she say Jesus was a white man
When he died the blackest way possible?

With his hands up
With his mother watching,
Crying at his feet
Her tears nothing more than gossip
For the news reporters or prophets to document
With his body left to sour in the sun
With his human stripped from his black”