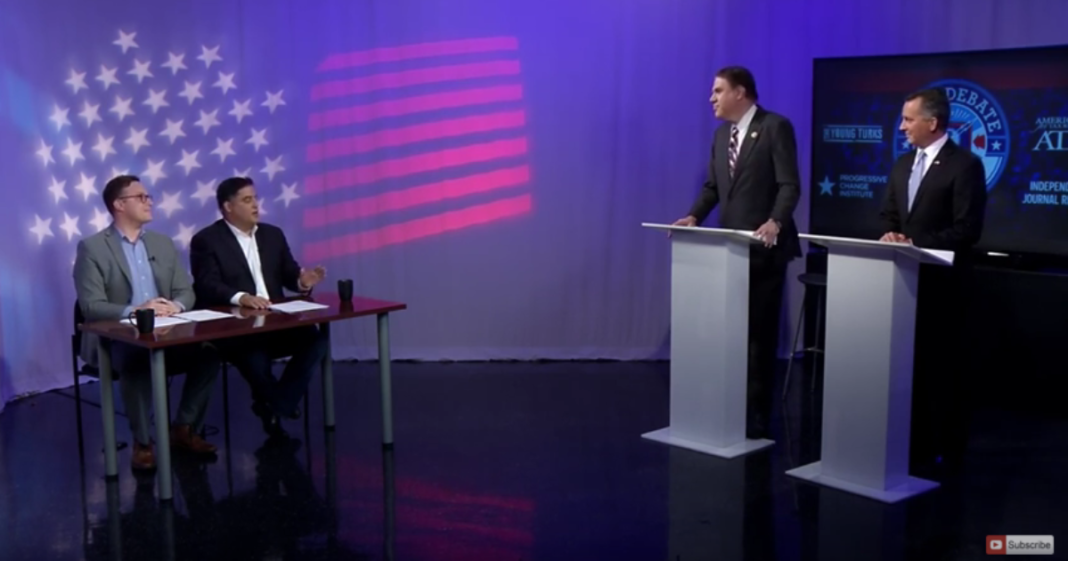 On Monday evening, a special event occurred online that was wholly unprecedented as two Senatorial candidates went head-to-head in a debate hosted online in a collaborative effort between the Progressive Change Institute, Americans for Tax Reform and the Open Debate Coalition.

The debate was instigated by the Open Debate Coalition which advocate that political debates must better represent the will of the people, asking candidates questions which are voted on by Americans, and making the feed available freely online.

Moderating the senatorial debate was The Young Turks’ Cenk Uygur and Benny Johnson from the Independent Journal Review, a progressive show host and progressive journalist, respectively.

You can watch the entirety of the Senatorial debate between Alan Grayson and David Jolly here: