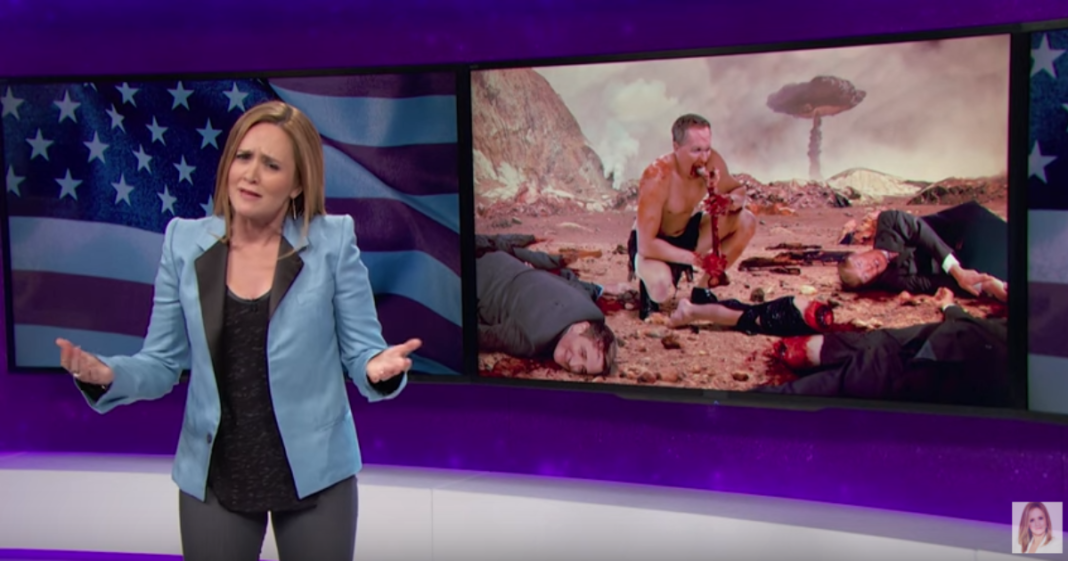 Bee said that Cruz, despite his hefty lead over Kasich, is far too far away from Trump’s lead, and that he needed to think outside of the box.

That “political bombshell” of a Cruz and Kasich pairing has so far fizzled out, but not before Bee got some expert jabs in of her own.