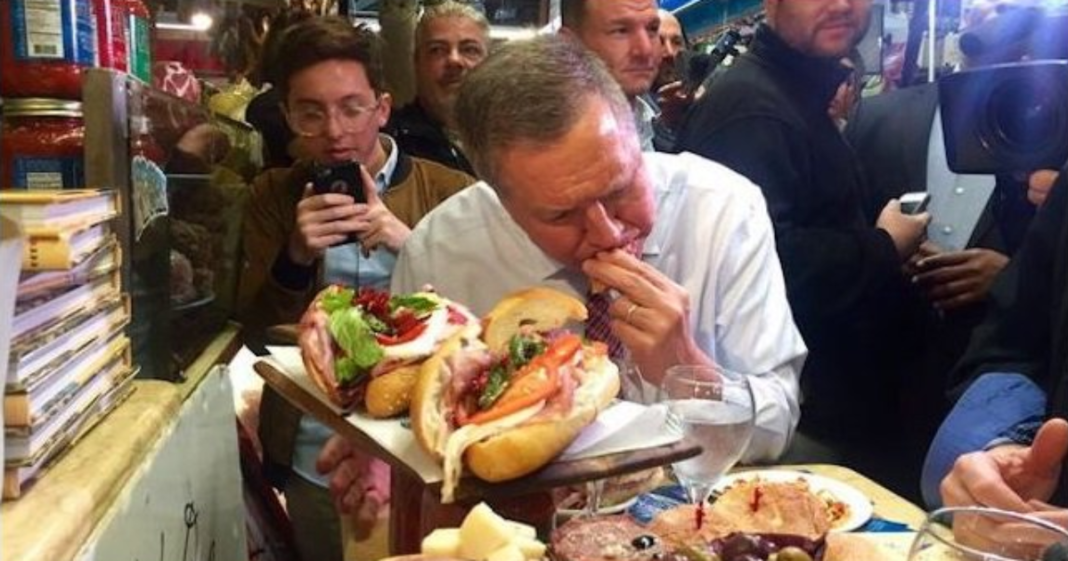 Anyone who knows anything knows that Donald Trump is a sore sport when things don’t go the way he wants them to go – in fact, when he announced his candidacy for the presidency he expected America to throw its collective hands up and hand him the presidency right then and there.

But life doesn’t always go the way we plan, and poor Trump is forced to slog along with the rest of the candidates from primary to primary, talking point to talking point.

Alas, the biggest betrayal against Trump’s rightful ascendancy to the presidential throne so far has to be the not-so-secret pact between opponents Ted Cruz and John Kasich who publicly announced on Sunday that they would be teaming up to split the remaining states to keep Trump from obtaining the delegate majority ahead of the RNC convention.

In response to this terrible mistreatment, Trump went on a tirade, turning his attention full force on attacking both candidates at each campaign stop throughout the day on Monday. Though Trump has been calling Cruz “lyin’ Ted” for months, the real estate mogul hadn’t managed to conjure up a nickname for his less notable opponent until about midway through the day.

That’s when Trump lined up a bizarre attack on Kasich, saying that the way he eats is “disgusting” and un-presidential.

“Did you see him? He has a news conference all the time when he’s eating. I have never seen a human being eat in such a disgusting fashion. I’m always telling my young son..all of them, I’d say, ‘children, small, little bites.’ This guy takes a pancake and he’s shoving it in his mouth. It’s disgusting. Do you want that for your president? I don’t think so.”

Man, this election is strange…