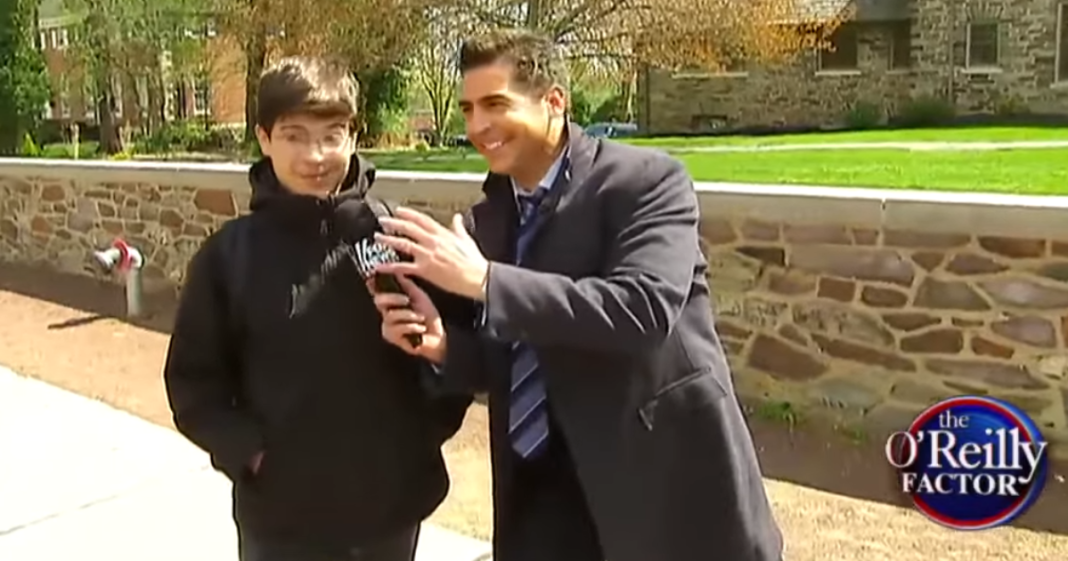 Looking at Bill O’Reilly’s lackey Jesse Watters’ smug face is a torturous experience in its own right, but things get especially difficult when Watters lands on a group of young college students who don’t buy into his BS and go along innocently to his misleading garbage.

Of course being an ignorant GOP-er, Watters loves to mock young liberals for their apparent belief that the government should give people “free stuff.” But what Watters is willfully ignorant of is that when people say “free,” they know that someone has to pay for it.

The young people in this video aren’t delusional, they just have a different view than this ignorant fool about what role the government should serve and what sort of services our taxes should provide for.