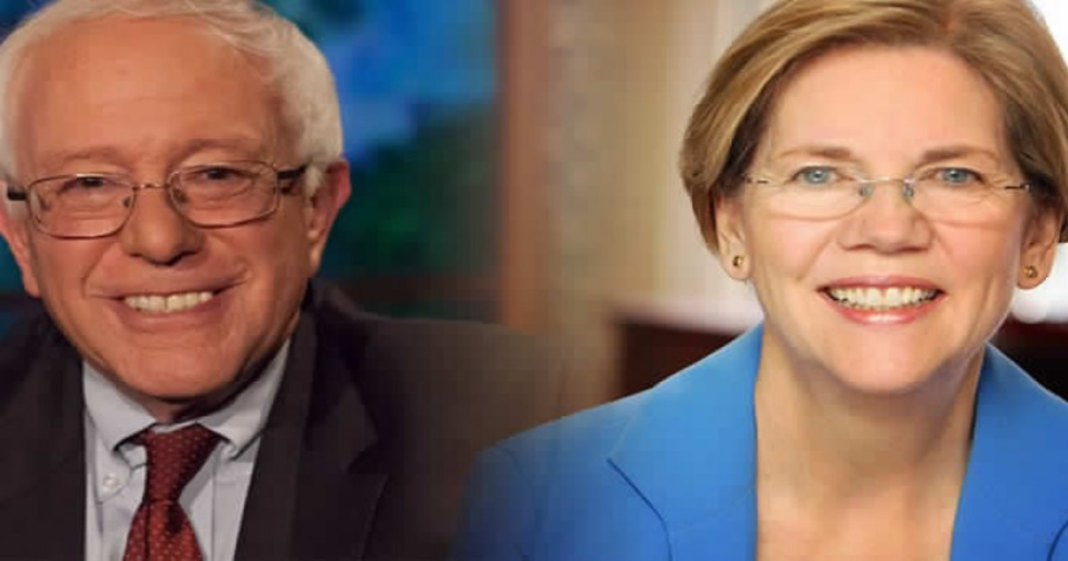 Now that the primaries are beginning to wind down, candidates are being pressured to float their VP candidate shortlist as a way to bolster additional votes and even win a nomination at the conventions.

While the GOP-ers list folks like Carly Fiorina and all the other failed Republican candidates thus far, the Democratic side seems a bit more limited.

For Hillary Clinton, a possible VP seems to be someone like Al Franken or Cory Booker. For Sanders, the only person that seems ideal is progressive Democrat, Elizabeth Warren. Some say that Warren would make a great VP for Clinton as well while others say that Warren’s talents would be wasted in an impotent position like VP.

When asked to comment on his possible vice president choice, Sanders said on Tuesday that he was considering a female progressive candidate. When pushed to name names, the only one Sanders came up with was Senator Warren who he complimented generously.

“The women of this country, the people of this country understand it would be a great idea to have a woman as vice president and something I would give very, very serious thought to.”

“But I think, as you know, there are people in life today, Elizabeth Warren, I think, has been a real champion in standing up for working families, taking on Wall Street,” he said, referring to the liberal Democratic senator from Massachusetts. “There are other fantastic women who have been active in all kinds of fights who I think would make great vice presidential candidates.”