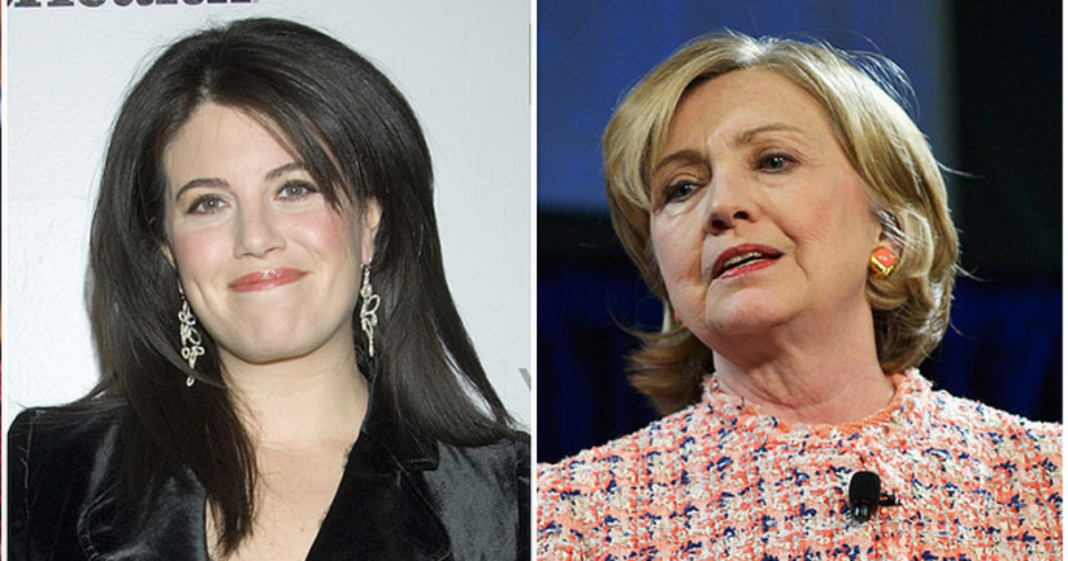 Last week, Monica Lewinsky sat for an interview with The Guardian to discuss her life since the major scandal during Bill Clinton’s presidency which rocketed her to the national spotlight and irreversibly altered her entire life.

In the interview, Lewinsky described the climate during her scandal, saying how ashamed and horrified she was to be in the center of the public eye.

“The public humiliation was excruciating. Life was almost unbearable.”

“I felt like every layer of my skin and my identity were ripped off of me in ’98 and ’99. It’s a skinning of sorts. You feel incredibly raw and frightened. But I also feel like the shame sticks to you like tar.”

Lewinsky is now focusing on reducing and raising awareness for bullying, especially online. It was this revelation which Sanders surrogate Rosario Dawson latched on to, referencing the recent anti-bullying advocacy to insinuate that what she faced so many years ago was bullying from the Clinton family who are back to their old tricks against Sanders and his supporters.

It may be a bit of a dirty tactic to go after Lewinsky, and Bernie Sanders responded to Dawson’s comments by saying that he does not want his campaign to be about personal attacks, but this is the sort of issue we will face in the general election if Clinton is the Democratic nominee.

Unlike Clinton’s Democratic opponent, who ever wins the Republican nomination will be merciless on issues like the Lewinsky scandal, particularly in the current view of the way that the Clintons and society treated the woman.

During her tell-all with The Guardian, Lewinsky said that she felt “hung out to dry.”

“I think it’s fair to say that whatever mistakes I made, I was hung out to dry by a lot of people – by a lot of the feminists who had loud voices. I wish it had been handled differently. It was very scary and very confusing to be a young woman thrust on to the world stage and not belonging to any group. I didn’t belong to anybody.”

Lewinsky didn’t name Hillary, but the implication was certainly there. And of course, Republicans won’t stop short of Lewinsky, as there are many more half-scandals where she came from. Could Clinton survive in an election with Donald Trump who would have no problem bringing up Lewinsky and others like her over and over, ad nauseum?

The Clinton campaign must address this issue if they are to have any chance in a general election. Otherwise, Sanders is and will remain the only Democrat who can win against a Republican in this election season.