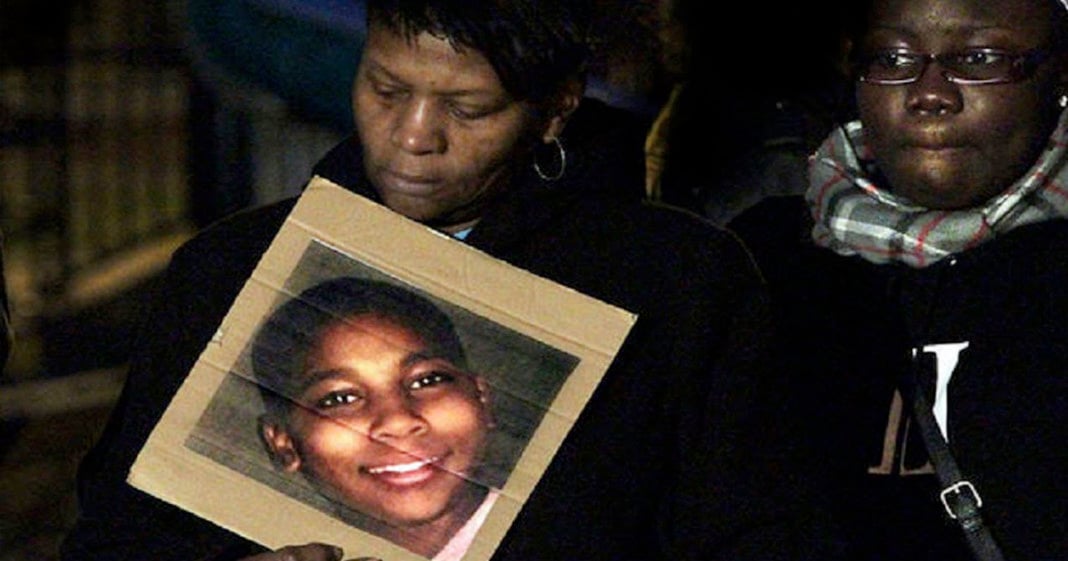 In the wake of the cold-blooded murder of 12-year-old Tamir Rice, the city of Cleveland has agreed to a settlement with the family of the boy for six million dollars, but the terms of their settlement means that the city is not required to admit any wrongdoing.

Considering that this was a settlement and not a full suit, it is not surprising that one of the condition’s of Cleveland’s payout was freedom from guilt, but it is so disappointing that the only justice Tamir Rice will see is a hefty sum of cash in exchange for his death.

As Shaun King pointed out in his striking article in the New York Daily News on the settlement, so often this is the end result of police brutality. The cop sees no real consequences for what is often a cold blooded murder, and the family is tossed handfuls of cash but never a heartfelt apology.

“It is perhaps the most disingenuous injustice going on in America right now — as families from coast to coast are given money in place of justice.”

As far as Cleveland not claiming any wrongdoing in the death of young Tamir Rice, King was not just frustrated, he was absolutely incredulous:

“Really? You don’t admit any wrongdoing? None at all?

You don’t admit you were wrong in hiring a man who was fired from his previous police force for being emotionally unstable, irresponsible with weapons, and deemed by supervisors to likely be permanently unfit to be in law enforcement?

You don’t admit that your officers lied when they said they repeatedly told Tamir Rice to raise his hands, and he refused, but video evidence shows the windows to your vehicle were raised and the boy was shot in less than two seconds?

You don’t admit that your officers were wrong when they stared at a 12-year-old boy for four minutes, refusing to provide him any comfort or aid as he cried and bled out on the ground with his guts falling out?”

Rather than punishing the criminal behavior in officers and corrupt departments or addressing the stunning trend of racial violence in police forces, the taxpayers are forced to pay off the families of murder victims. All the while, as they count their cash, they are told “but we didn’t do anything wrong, understand?”