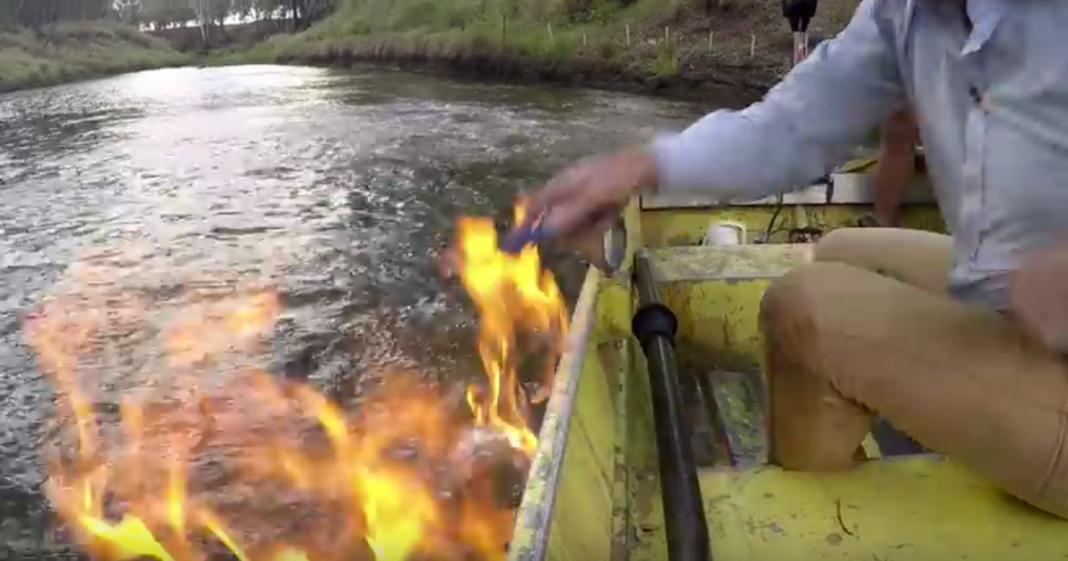 An Australian politician has discovered a problem that locals have been complaining about for some time when he visited a river in Queensland and was able to set the water on fire.

New South Wales Greens Member of Parliament Jeremy Buckingham sat in a boat in the Condamine River, pointing a barbecue lighter at the dark water. Shockingly, it burst into explosive flames.

While officials won’t confirm exactly what is causing the river to light up, locals have complained since 2012 that they were seeing strange bubbling in the waterway.

Energy groups with a vested interest in protecting fracking have said that the bubbling and resulting flames are coming from a natural methane leak and that the only irresponsible people are those who set fire to a lake in order to further their environmental claims.

In 2012, the government reviewed the bubbling, saying that they could not determine the source “in the short-term.” Meanwhile, the locals say that the problem has only gotten worse, referring to the water as “an over-sized spa bath.”

In the worst case scenario of this event, energy companies and the local government are conspiring to cover up the massive change happening to this river as a result of fracking. It’s a dangerous visual representation of the sort of reckless behavior that our government and oil and gas industry takes every day at the expense of the well-being of humanity and the planet.