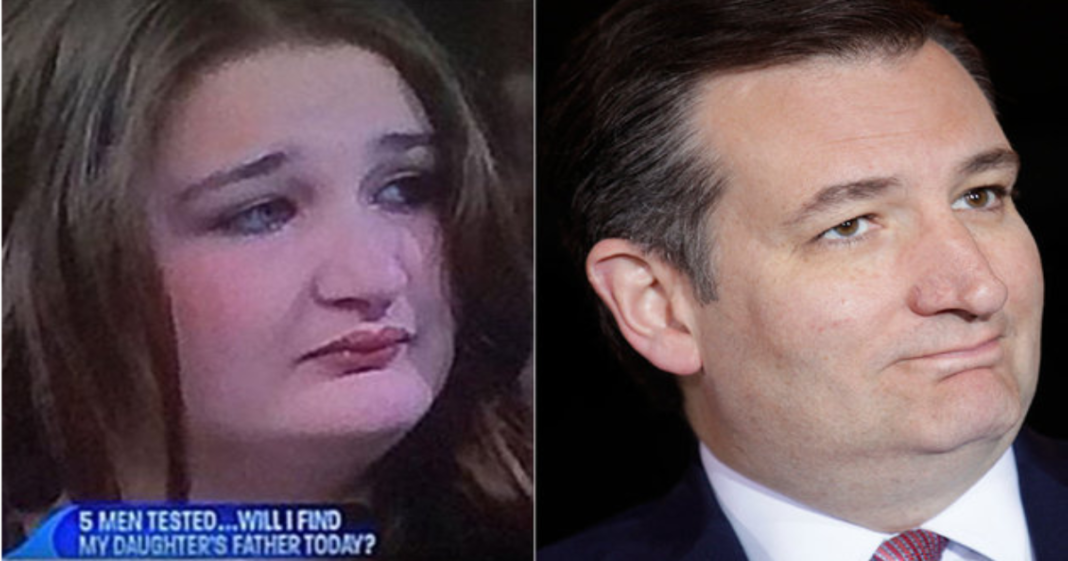 Nobody really wants to see it, but thanks to a a twisted opportunist, those so inclined will soon be able to see a woman who looks an awful (awful) lot like Ted Cruz in an adult film.

21-year-old Searcy Hayes was discovered on an episode of Maury when she was searching for the father of her daughter amongst five men. Amid the discovery of the striking similarity which went viral online, the woman’s boyfriend said that she had suddenly become “more famous than Madonna.”

Hilariously, Hayes told the Huffington Post that she didn’t know who Ted Cruz was.

“I don’t know his positions and I’ve never seen him, so I don’t know if he’s done a good enough job to be reelected.”

Huffington Post then told the woman that Cruz wasn’t actually president, at least not yet.

“Well, yeah, I don’t know anything about him.”