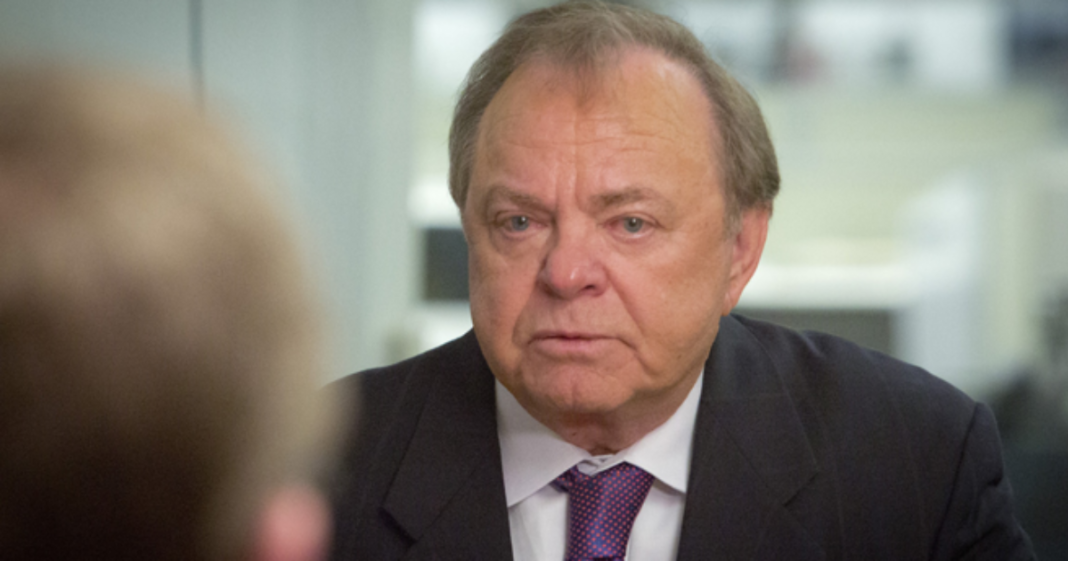 Oklahoma-based oil tycoon Harold Hamm has endorsed Donald Trump for president, saying that the real estate mogul is the “best choice” for president.

Apparently billionaires gotta stick together as Hamm’s estimated worth hovers around $10 billion. No doubt, Hamm expects Trump to protect oil interests and to do little to cut down on or reduce America’s dependency on foreign oil.

In his open letter published on Friday, Hamm said that he believed Trump had tapped into the “basic belief of the American people.”

“He is someone who is not beholden to special interests and has the fortitude to make tough decisions. With a slew of onerous regulations now threatening to cripple American business, the next President of the United States must have the courage, determination and intelligence to disrupt politics as usual.”

Hearing this billionaire man who no doubt has served himself as a “special interest” more times than he can count is almost laughable, but that’s the blatant hypocrisy which surrounds Trump constantly.