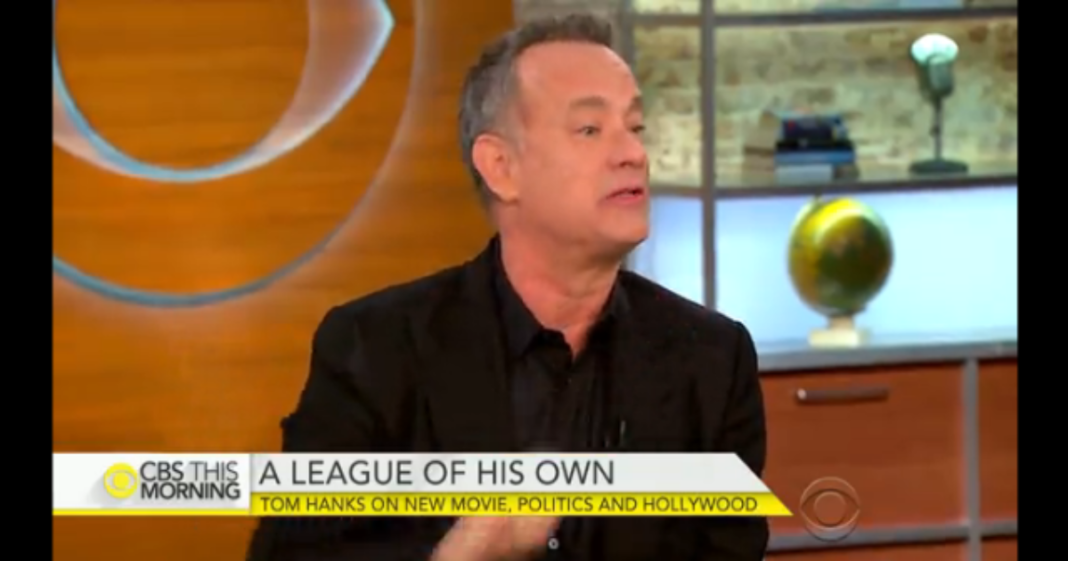 Actor Tom Hanks made an appearance on CBS This Morning to crack a few jokes and reassure the country that even if Donald Trump makes it to the presidency, everything is going to be perfectly okay.

“Look, America’s going to be fine,” said Hanks. He then went on to talk briefly about America’s resiliency and strength.

“What I’m saying is we are going to have the most hilarious September, October and first week of November in a very long time.”