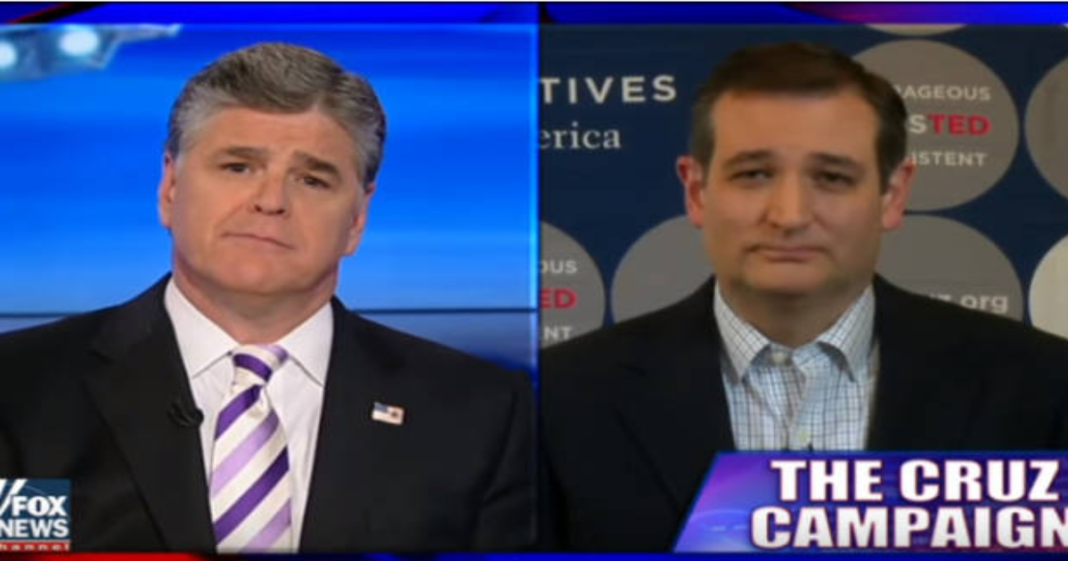 Trump-loving Sean Hannity brought redheaded stepchild Ted Cruz on his show Tuesday to discuss the New York primary and the rest of the election. Hannity, who has hosted Donald Trump on his show a whopping 40 times, was apparently already tired of talking to Cruz and wasn’t taking his BS.

“But senator, why do you do this? Every single time I — no, you gotta stop. Every time I have you on the air, and I ask a legitimate question, you try to throw this in my face. I’m getting sick of it. I’ve had you on more than any other candidate, on radio and TV. So if I ask you senator, a legitimate question that would explain to the audience, why wouldn’t you just answer it?