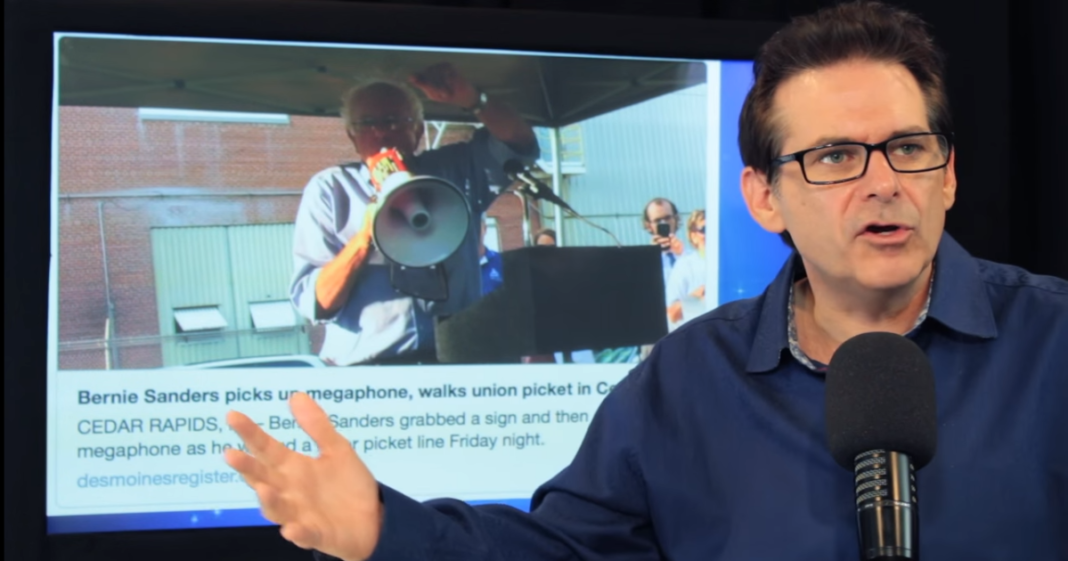 During a weekend episode of “The Jimmy Dore show,” Dore discussed the deep divide that’s been created in the Democratic party between liberals who support Clinton and progressives who support Sanders. Dore says what were once people united on the same side of liberalism as himself are now strangers who give in to corporate greed and establishment politics.

These supporters are the sort who bend over backwards to try to find something to complain about when Bernie Sanders performs a clearly “good” act like visiting the Vatican or joining the striking lines of a Verizon employee union walk-out.

Dore points out that the massive amount of media coverage that Sanders’ appearance brought to the Verizon strike is priceless, but there were still critics out there who complained that Sanders didn’t stay long enough or said that he was merely using it as a photo-op.