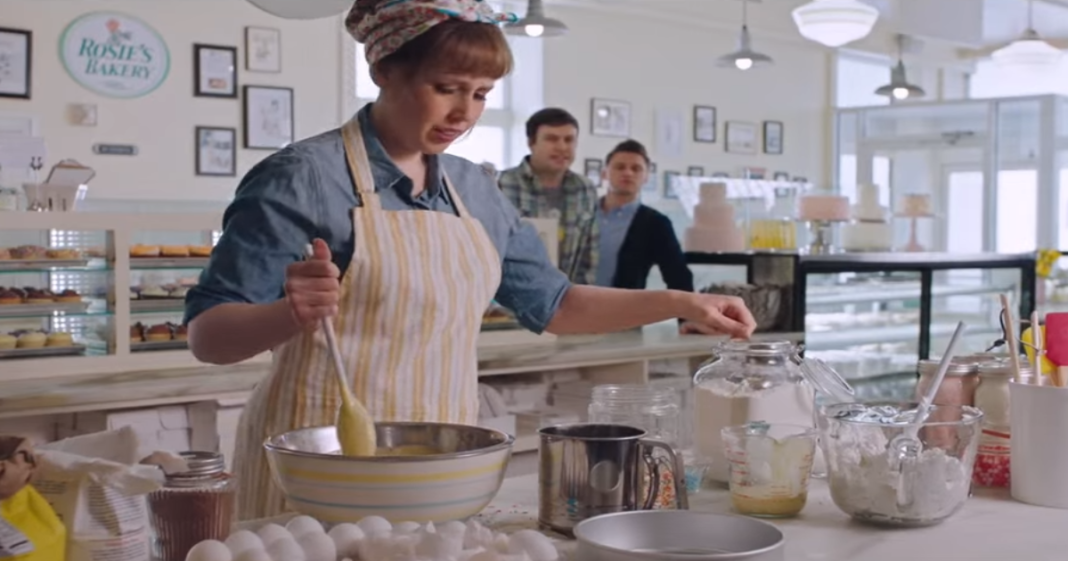 In a “Saturday Night Live” sketch released this weekend, the popular sketch show took a shot at the new wave of anti-LGBT laws and the gratuitous low-budget evangelical films in one fell swoop.

Mocking films like “God’s Not Dead” and others that follow the same formula, SNL released this hilarious parody commercial for “God is a Boob Man.” The film tells the classic evangelical story of a big bad gay couple who demand that the pious bakery worker make them a wedding cake despite her religious objections.

“Make the cake!” the couple screeches ominously before suing the woman.